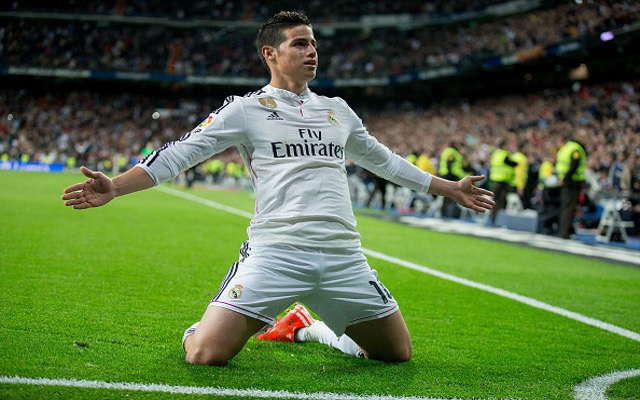 Real Madrid playmaker James Rodriguez is more likely to complete a summer switch to Chelsea than Manchester United according to reports.

According to Spanish TV programme, El Chiringuito de Jugones, journalist Eduardo Inda made the claim that the Columbian is set to make a switch to Stamford Bridge.

Rodriguez has been thought to be close to completing a summer move to Manchester United after making just 22 appearances for Los Blancos this season.

He has fallen behind the likes of Isco and Marco Asensio in the Real Madrid pecking order and has decided to leave the club in search of more regular game time. Cristiano Ronaldo and Marcelo are believed to have tried to convince the 25-year-old to stay at the Bernabeu.

However, the player has made up his mind and will seek a new challenge this summer.

Manchester United’s hopes on signing the player could hinge on the result of their Europa League final encounter against Ajax tonight. A win will see them qualify for the Champions League, one of the requirements for Rodriguez.

Manchester United have also been linked with a move for Monaco’s Bernardo Silva. Chelsea meanwhile are looking to strengthen their squad also as they look to challenge on both domestic and European fronts next season.