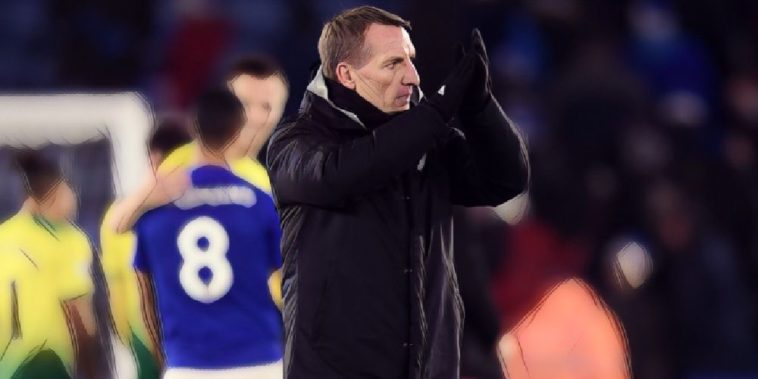 Brendan Rodgers insists Leicester’s Champions League hopes are in their own hands ahead of a huge clash with top-four rivals Chelsea tomorrow evening.

Leicester travel to face the west London side just four days after beating the Blues in the FA Cup final, with Rodgers’ side securing the club’s first ever success in the competition on their first final appearance since 1969.

The two teams meet again in another high-stakes clash with just two points separating the sides in the Premier League table, whilst Liverpool’s dramatic win at West Brom on Sunday has upped the pressure on both clubs.

Jurgen Klopp’s side snatched a stoppage-time win at The Hawthorns in sensational fashion after goalkeeper Alisson headed home a corner kick, the result keeping the Reds in touching distance of the top four and in a position to capitalise on whichever side drops points tomorrow.

Rodgers, however, insists Liverpool’s win has ‘no ramifications’ on his side’s top-four hopes and says Leicester’s fate remains firmly in their own hands ahead of the final two fixtures of the season.

“There’s no ramifications for us,” Rodgers said of Liverpool’s win at his pre-match press conference.

“We have to control what we do and we have it in our hands.

“We’ve got European football but we have two games to arrive in the top four. We can only control what we have ourselves.

“Big Sam (Allardyce) will be disappointed because they defended well. We have a great opportunity to qualify and we intend to take it.”

Rodgers insists his side are well aware of the threat posed by Chelsea despite their weekend win, admitting his side will have to be at their best to get a positive result at Stamford Bridge.

“When you are a club that wants to win, you know sometimes you will fall short,” he added.

“They are in the Champions League final for a reason. They’ve got an excellent squad.

“We have to work hard and be equally aggressive and see if we can make our chances count.”