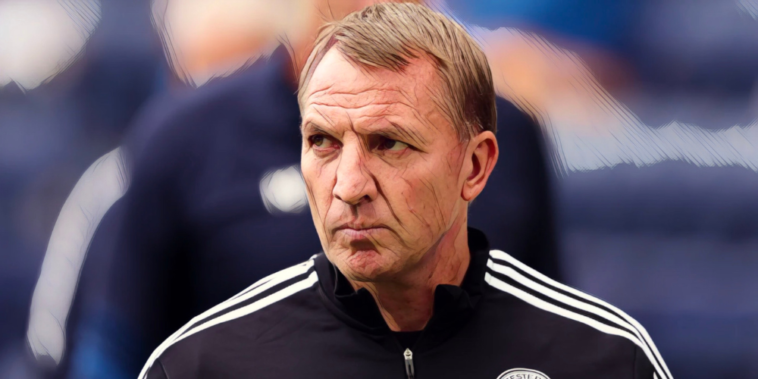 Brendan Rodgers believes Arsenal have ‘gone to a new level’ this season and has discussed Chelsea’s interest in signing Wesley Fofana.

Leicester travel to face Arsenal this weekend with the Foxes hoping to build on an opening weekend draw with Brentford. Rodgers’ side squandered a two-goal lead to draw with the Bees and the Leicester boss will be hoping for defensive improvement from his team.

However, Rodgers is anticipating a difficult challenge against an Arsenal side who impressed to win at Crystal Palace last weekend. The 49-year-old believes the north London side’s summer additions have taken Mikel Areta’s side to a ‘new level’ this season.

“Arsenal have gone to a new level with the three players who have come into the team,” he told his pre-match press conference.

“Saliba is a talented player, he’s gone away and got really good experience and you see him, he’s quick, he can dominate. He’s a fantastic addition and gives them presence at the back.

“The two guys coming in from Man City have made a difference. They’re coming from a world-class environment. Jesus is a world-class striker. You see his hunger and desire. It will elevate other players. Zinchenko can play in a couple of positions to the very highest level.

“They have given the squad the confidence and has given Mikel the tools to play how he really wants to play.”

Rodgers also discussed Chelsea’s interest in Fofana, with the Foxes having turned down two bids for the defender.

Rodgers insists the proposals from Chelsea were ‘nowhere near what the club would consider’ and reiterated his stance that the 21-year-old is not for sale this summer.

“There was two [bids], but nowhere near what the club would consider. We’re not looking to sell,” he said.

”Naturally if there’s interest from other clubs, that is looked at by the club. He’s a top young defender and there are not too many around his age.

“Another year for him [at Leicester] at least would be really important for his development. Wesley is quite calm on the situation. He is aware of the interest. He’s just getting on with his work.”

Leicester are the only Premier League club to have not made a signing this summer and Rodgers admits the Foxes need to move players on before bringing in new additions.

“The club need to move some players on and then we’ll see what that releases. We have no guarantees at this stage.”