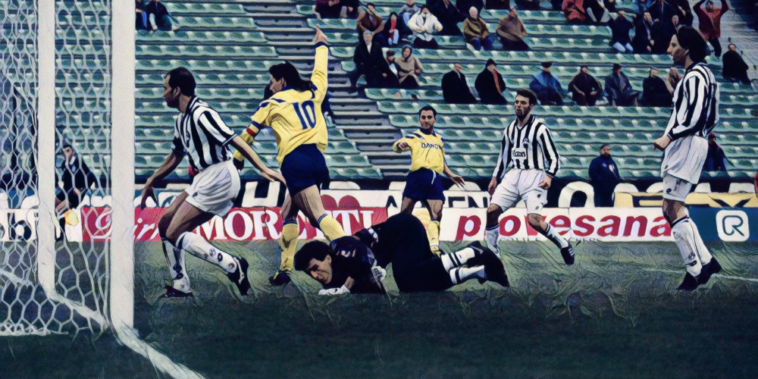 Roberto Baggio was perhaps the defining Italian footballer of his generation, the domestic star attraction at a time when Serie A hosted the very best players in world football.

Baggio overcame a career-threatening injury before rising to prominence at Fiorentina, later completing a controversial world-record move to rivals Juventus and establishing himself as one of the planet’s finest talents.

He scored 115 goals across 200 appearances for the Bianconeri and was named as winner of the Ballon d’Or in 1993, with the forward producing a number of sensational moments as he glided past opposition challenges at will.

Baggio’s brilliance in swivelling past tackles made him box-office viewing and led to some extraordinary goals scored, including this stunning solo effort against Udinese during the 1993/94 campaign.

A long pass forward is flicked on towards Baggio who beats the first defender to the ball, before leaving a second Udinese player on his backside with a sharp feint inside.

Approaching the penalty area he glides past a third challenge before rolling the ball under the goalkeeper, the highlight of a comfortable 3-0 win for the Turin side and a reminder of Baggio’s incredible talent.