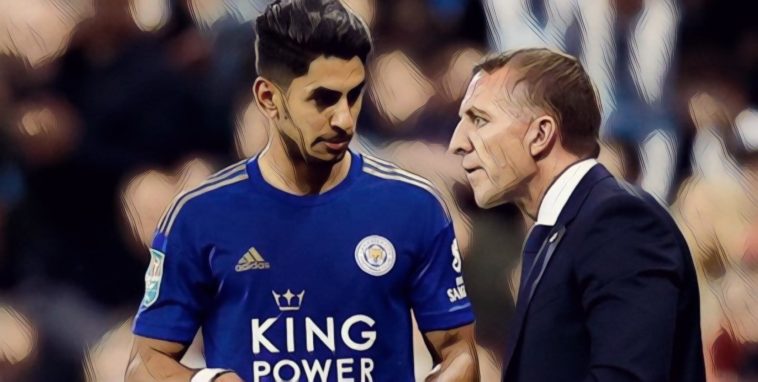 Quite simply, no player likes to be substituted. The look to the fourth official to see your number is up is rarely greeted positively by Premier League stars, the proverbial sacrificial lamb to their manager’s tactical approach.

We’ve decided to look into the statistics of the players hooked off and heading to the dugout on the most occasions, here are the five most substituted players in the Premier League so far this season:

The diminutive forward is one of the shining lights in a Wolves team that continues to improve under the guidance of the impressive Nuno Espirito Santo, the Portuguese extracting the most from an indefatigable side thriving both at home and abroad.

Jota’s industry and goal-threat has delivered 15 goals in all competitions this season and admiring glances from the likes of Manchester United and Napoli, though his displays have not been enough for Nuno to spare his compatriot of early substitutions.

The 23-year-old has been hauled off 16 times in his 21 Premier League starts, completing the 90 minutes on just five occasions.

Norwich’s return to the Premier League has proven difficult with Daniel Farke’s currently rooted to the foot of the division, though the progress of academy graduate Todd Cantwell has proven to be one of the positives from a campaign of struggle.

Cantwell has scored six goals – reportedly attracting interest from champions-elect Liverpool – but that has not been enough to prevent him being amongst the most substituted players in the Premier League.

Only two players have been withdrawn on more occasions than the 22-year-old, Cantwell brought off 16 times in his 25 starts so far this season.

Got a lot of time for Todd Cantwell doing a few keepy-uppies before smashing his penalty top corner & putting his finger to his lips.

At 22, I was unemployed having left Uni with a mild addiction to Red Bull. Fair play to the lad, he’s living the dream.pic.twitter.com/UpJGMuy6uH

If Joelinton is not the flop of the season, the Newcastle forward is certainly a strong contender.

History tells us not to judge young players coming from abroad too soon, but the loyal Geordie faithful will undoubtedly have been expecting more than just a solitary Premier League goal from their record-signing – a £40m investment at that.

If Steve Bruce gets us to the FA Cup Semi Final and keeps us in the league with Joelinton playing basically every game this season then he is not only better than Rafa, but better than any manager ever.

The toils of the 23-year-old have been well-documented, with the Brazilian substituted on 16 occasions by Steve Bruce so far this season.

Newcastle fans love nothing more than a goalscoring number nine, however, they may need to find one with their current incumbent currently on a 25-game drought.

Harry Wilson’s season-long loan at Bournemouth has shown his ability to thrive at Premier League level, the Liverpool loanee scoring seven times during the club’s battle to beat the drop.

The 22-year-old’s future remains uncertain but his ambition is to force his way into the first-team fold on Merseyside next season, where he will hope for regular starts and less regular substitutions.

The most substituted player in the Premier League so far this season is Leicester’s Ayoze Perez, the Spaniard’s number flashed up by the fourth official on a league leading 18 occasions thus far.

Perez has played an influential role in Leicester’s top four challenge, though has played the full 90 minutes on just three occasions for Brendan Rodgers’ high-flying Foxes.

The Spaniard’s regular withdrawal could, in theory, see the forward break the record for most substitutions in a single season, the 26-year-old currently nine behind Steed Malbranque’s unwanted landmark of 26 from the 2009/10 season with just nine games remaining.