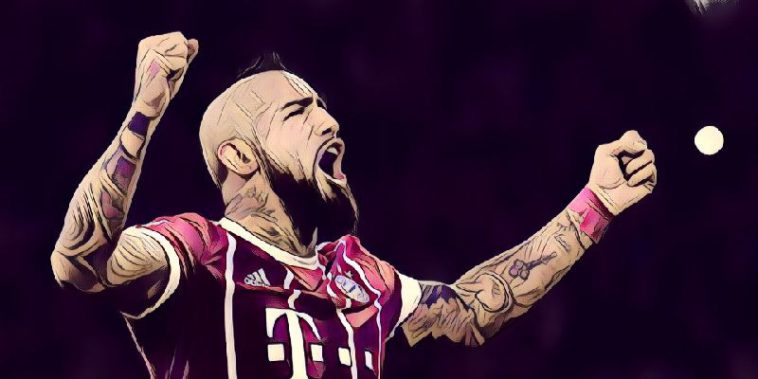 Inter Milan are negotiating with Bayern regarding a move for th midfielder, although Italian outlet Corriere dello Sport are reporting that the Serie A side are now wary that Manchester United will be able to blow them out of the water in terms of the financial package they will be able to offer the Chile international.

Bayern CEO Karl-Heinz Rummenigge recently admitted that the Bundesliga Champions are willing to sell the 31-year-old this summer, due to the overflow of top class midfield talent currently at the Allianz Arena, with the Bavarians ready to consider bids in the £15-20 million range.

Vidal will certainly bring the type of winning mentality to Old Trafford that United manager Jose Mourinho likes his players to demonstrate, having won nine league titles during a hugely successful career to date.

Chelsea have also been credited with an interest in the former Juventus midfielder, although if he is to finally end up in the Premier League after years of speculation, it now seems that Vidal’s most likely destination would be Manchester United.