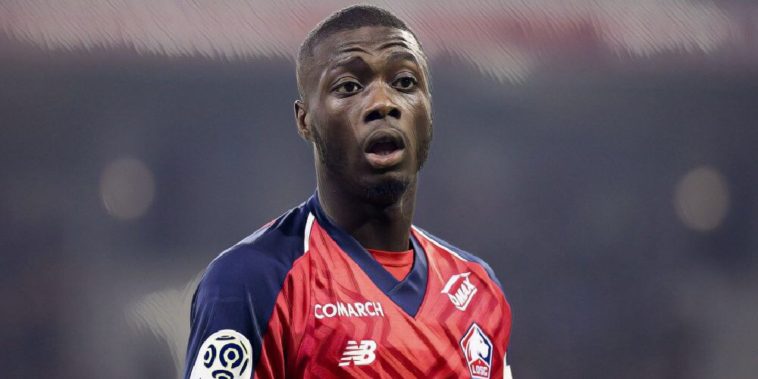 Liverpool and Arsenal are reportedly amongst a quartet of clubs to have met Lille star Nicolas Pepe’s asking price.

According to the reputable French publication, L’Equipe, the Premier League duo have both had bids of €80 million (£73m) accepted for Pepe, though face competition from Inter Milan and Napoli, who are also claimed to have met Lille’s valuation.

The Ivory Coast international has attracted interest from a host of clubs this summer after enjoying a prolific campaign for the French side, with the winger having scored 23 goals last season as Lille finished runners-up in Ligue 1.

Lille manager Christophe Galtier confirmed earlier this summer that Pepe would be allowed to leave the club, with a move now seemingly edging closer.

Liverpool have been strongly linked with adding to their attacking options this summer, as Jurgen Klopp prepares the European champions for another tilt at the Premier League title.

Napoli are also strengthening this summer as they bid to end Juventus’ dominance of Serie A, though Arsenal and Inter Milan’s willingness to match the €80m asking price is somewhat of a surprise given their reported lack of funds.

Manchester United have also been credited with an interest in Pepe, though any deal is likely to be dependent on Romelu Lukaku’s expected departure.