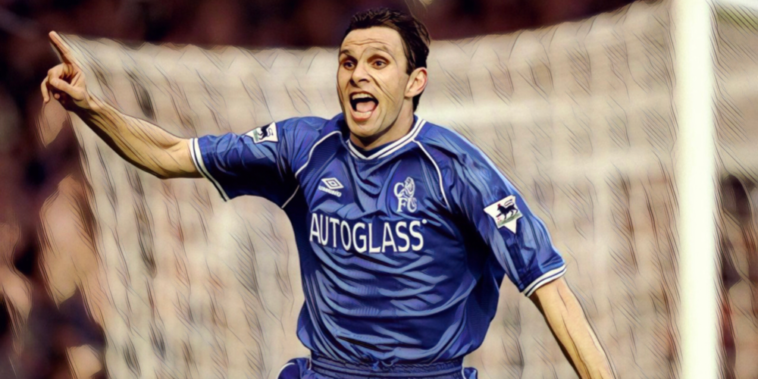 Manchester United return to the scene of one of their heaviest ever Premier League defeats this weekend as they take on Chelsea at Stamford Bridge, 22 years on from the Blues’ brutal 5-0 victory in the fixture.

While Thomas Tuchel’s side head into Sunday’s clash as the undoubted favourites, there was no denying who was the more dominant force back in 1999, the Red Devils arriving in west London off the back of a 29-game unbeaten run in the top-flight.

That undefeated streak came to a crashing end, however, as Alex Ferguson’s men were simply outplayed by their hosts, conceding a goal inside 30 seconds to set the tone for what would be a dour day for the champions, in which they also lost Nicky Butt to an early red card.

As for Chelsea, the resounding victory proved a statement of intent as they gradually transformed into title challengers in the years that followed, albeit with it taking the arrival of Jose Mourinho in 2004 to see those ambitions realised.

Here’s a look then at the starting XI that was victorious on that day back in October 1999:

It proved a surprisingly straightforward afternoon for Ed De Goey against the recent treble-winners, with the visitors restricted to just three attempts on goal, although did do well to deny Paul Scholes with the game at 2-0.

The Dutchman – who had arrived from Feyenoord in 1997 – would go on to keep 27 clean sheets in 59 appearances that season as Chelsea finished fifth, although he would lose his place to Carlo Cudicini the following year, eventually moving on to Stoke City in 2003.

The Romanian full-back enjoyed a particularly impressive performance on the day, setting up Gus Poyet’s opener after just 27 seconds with a floated ball in from the right, while he was also denied a goal of his own late on by a fine stop from Massimo Taibi.

Ironically, the reverse fixture at Old Trafford – which ended in defeat – would prove to be his final game in a Chelsea shirt after five years at the club, following a falling out with manager, and former teammate, Gianluca Vialli.

The 53-year-old is currently the manager of CFR Cluj.

After a trophy-laden spell at Barcelona – in which he won five La Liga titles and the European Cup – Ferrer made the move to Stamford Bridge in 1998, the versatile full-back going on to spend five years at the club before his retirement in 2003.

That stint in England saw him win the FA Cup in 2000 – albeit while missing the final through injury – as he made 113 appearances in all competitions for the Blues.

The World Cup winner spent five hugely successful years in west London after joining from Strasbourg in 1996, going on to win two FA Cup’s, the League Cup and the UEFA Cup Winners’ Cup and proving a real influential figure at centre-back.

Much-loved among Chelsea supporters, he would eventually depart for Ligue 1 side Marseille having lost his place to the emerging John Terry, before ending his career in 2005 after a brief stint in Qatar.

With Lebouef’s compatriot and usual partner Marcel Desailly absent, in stepped back-up centre-back Jes Hogh, the Danish defender perhaps something of a forgotten figure at Stamford Bridge having made just 17 appearances across two seasons at the club.

He had joined from Fenerbache in 1999 and would end his first campaign in England as an FA Cup winner, although was forced to retire in 2001 following an ankle injury.

Rounding off the defence is another beloved figure in the form of back-flipping full-back Celestine Babayaro, the energetic Nigerian spending eight years at the club after joining as a teenager in 1997.

While he spent much of that time battling it out with Graeme Le Saux for a starting berth, he still managed to amass 132 Premier League appearances for the club, before departing for Newcastle in 2005.

As for the 5-0 thrashing, it was his rebounded strike that teed up Gus Poyet for his second of the game just after the break, following a good interchange with Leboeuf.

The Chelsea skipper on the day, Dennis Wise produced a typically robust midfield display in an ill-tempered affair, earning a yellow card for an altercation with Nicky Butt that ultimately saw the United man dismissed inside 23 minutes.

A member of Wimbledon’s infamous ‘crazy gang’, the Englishman was not only a fierce competitor in the centre of the park but also a regular scorer, netting 76 goals in 445 games in all competitions during his 11-year spell at the club, before departing for Leicester in 2001.

One of a handful of notable arrivals that summer, World Cup winner Didier Deschamps was brought in to bolster an already talented midfield department, bringing with him a wealth of experience having won the Champions League with both Marseille and Juventus.

The ageing Frenchman would spend just a solitary season in English football, however, before departing for Valencia in 2000 following his European Championship success at the end of the season.

After tasting success as a player, Deschamps has since guided France to a World Cup triumph as a manager – one of only three men to do so in both roles – as well as in the recent Nations League.

Gus Poyet was the star man on the day, netting with a header almost straight from kick-off following Taibi’s rash decision to come for the ball, before adding a second on the rebound just after the break to all but seal the win.

A free transfer arrival in 1997 from Zaragoza, the Uruguayan proved an instant hit at Stamford Bridge, netting 49 goals in 145 appearances for the club in his four-year spell, including a pivotal brace in the FA Cup semi-final win over Newcastle United at the end of the 1999/2000 season.

After ending his career at Tottenham in 2004, Poyet has since managed the likes of Brighton and Sunderland.

😯 @ChelseaFC had a 𝗯𝗶𝗴 day against Man Utd…

Chris Sutton’s time at Chelsea is not one he will look upon too favourably, the former Norwich City and Blackburn Rovers striker proving something of a flop at Stamford Bridge, having joined in the summer of 1999 in a £10m deal.

Perhaps weighed down by that hefty price tag, the Englishman would score just three goals in all competitions in his one and only season with the Blues, his header against United the only league goal he would score for the club, before leaving for Celtic at the end of the campaign.

The talisman at Chelsea throughout his nine-year stay in English football, the gifted Italian endured a slightly underwhelming 1999/2000 campaign, netting just four times in the league and eight in all competitions.

An undoubted genius and club icon, the diminutive forward produced a catalogue of glorious moments during his time with the Blues, enjoy his best goalscoring campaign in his final season at the club in which he netted 14 Premier League goals, before departing for Cagliari in 2003.

As for the 5-0 drubbing, Zola played his part in his side’s fourth goal with a drilled cross that was deflected in by an unfortunate Henning Berg.

Having entered the fray in place of Dennis Wise late in the second-half, Jody Morris took little time to make an impact, adding further salt to the United wounds with an 81st minute drilled strike to make it 5-0.

The academy graduate spent seven years in the Chelsea first-team before eventually departing in 2003, although returned to the club as an academy coach in 2014 and later as an assistant to former teammate Frank Lampard.

A late replacement for Zola, the Norwegian striker would finish that season as the club’s top scorer with 19 goals in all competitions, despite having been largely restricted to the substitutes bench.

With his lack of game time continuing, he was moved on to Rangers at the start of the following season after three years at Chelsea, again proving prolific in Glasgow, although saw the goals begin to dry up after a move to Sunderland two years later.

The hugely talented England international had initially risen through the ranks at Chelsea before making the move to Blackburn Rovers in 1993, notably winning the Premier League title during his four-and-a-half-year stint at Ewood Park.

He would return to Stamford Bridge in 1997 and spent six more years at the club, although saw his game time often inhibited by injury, particularly during the 1999/2000 campaign.

In the game itself, he replaced Petrescu late on and teed up fellow substitute Morris for the game’s fifth goal.