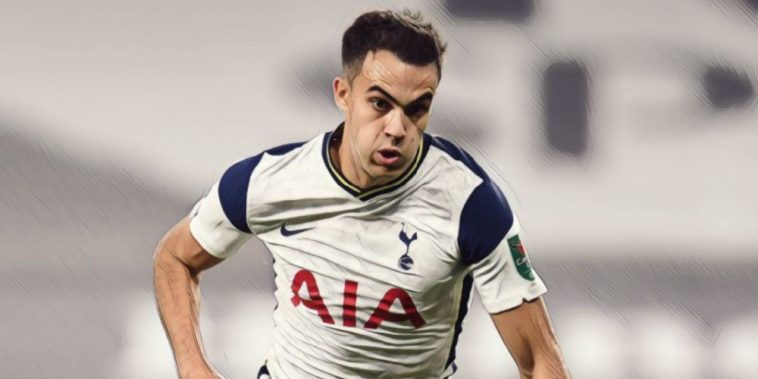 Sergio Reguilon has opened up on his ‘simple’ decision to sign for Tottenham this summer and has discussed his long-held admiration of Jose Mourinho.

The full-back signed for the north London side from Real Madrid during the summer and has made a strong start to life in the Premier League, impressing in his four appearances in all competitions and providing an assist for Harry Kane in last weekend’s draw with West Ham.

Reguilon was linked with a host of clubs following a hugely impressive season-long loan spell at Sevilla last season, helping the Spanish side to a fourth-placed finish and Europe League success, his form attracting interest from a number of sides, including Manchester United, though Real Madrid’s insistence of a buy back clause scuppered any move to Old Trafford.

However, the 23-year-old admits it was a ‘simple’ decision to sign for Tottenham after hearing of the club’s interest and says he has quickly settled into his new surroundings.

“There was a broad market but as soon as I heard of Tottenham’s interest, it was simple,” he told Sky Sports. “It was a big deal to leave my country, my league and my family, but it has worked out well.

How it started How it’s going pic.twitter.com/DIxltWOgBR

“Since I arrived here, the truth is the club has surprised me in a very good way. The training facilities, my team-mates, everything. The stadium is insane. I have really enjoyed it so far.

“I spoke with Bale when I was in Madrid. He told me what it was like at Tottenham. It was helpful for me to come here with someone who was already a team-mate. I could ask him things, like how certain things were going to work.

Reguilon also spoke of his admiration for Spurs manager Mourinho, having been a youngster in the Real Madrid academy system during the Portuguese’s three-year reign at the Bernabeu.

The summer signing says he has fond memories of Mourinho’s tenure at the Spanish giants, and will now be hoping to deliver success alongside the 57-year-old as the north London outfit go in search of major honours this season.

“I was very young, still in the academy, and I never had the good fortune of meeting him,” he said. “But I have great memories of that period.

“In my house, we were all big fans of Mourinho.”

Read – Will Tottenham ever stop being so Spursy?