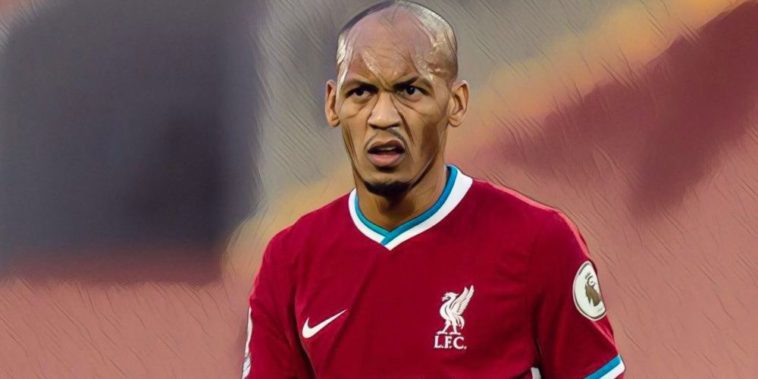 Alisson has named versatile teammate Fabinho as ‘the most important player’ for both Liverpool and the Brazil national side.

Fabinho has established himself as a key figure for Liverpool since signing from Monaco two years ago, forming part of the side which has won the Champions League and Premier League over the past two seasons.

The midfielder has largely starred in an anchor role for the Reds but has deputised at centre-back on occasion, impressing when covering for the injured Virgil van Dijk earlier this season.

Despite his impressive success at club level, however, Fabinho has failed to command an automatic position for Brazil with Liverpool manager, Jurgen Klopp, seemingly criticising the national side for their limited use of the 27-year-old when asked about the midfielder’s injury last month.

“I’m not sure if [Brazil manager] Tite’s too worried because he plays him never so he will probably now not sit on the bench for the next three international games.

“For us, it’s obviously a proper blow but for now we don’t know.”

Alisson has now given his opinion on Klopp’s comments and Fabinho’s status with Brazil, the goalkeeper suggesting his compatriot should be afforded more opportunities, stating his belief that the star is ‘the most important player’ for both club and country.

“I didn’t speak to Klopp,” Alisson told Globo Esporte. “Of course, [I’ve] talked to Fabinho, we saw that he said that. But it’s his opinion, [and] if there’s anyone who can talk about it specifically, it’s Klopp.

“I believe that Fabinho is the most important player for both the club and the national team, this is my opinion about that, he’s a very important player wherever he is, he always proves his worth on the pitch.

“He has been playing for Van Dijk and, unfortunately, with his injury we miss him too. He can play in midfield, as a defender, he was a fullback in the past and these characteristics bring even more value to him.”