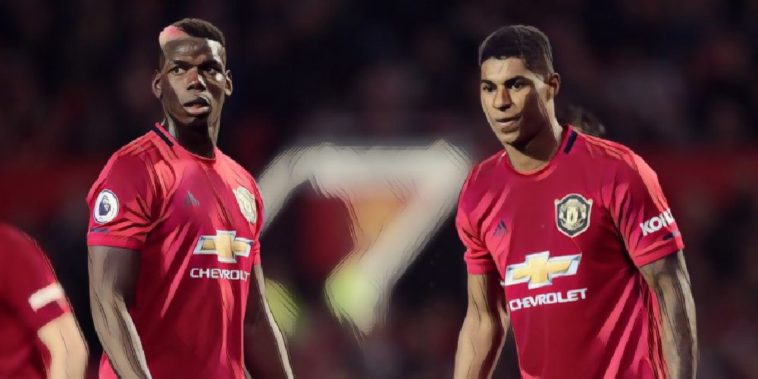 Jamie Redknapp believes teams will be ‘nervous’ about a fully-fit Manchester United side as the Premier League prepares to make its return tomorrow.

Ole Gunnar Solskjaer’s side had registered an impressive 11-game unbeaten run in all competitions prior to the suspension of football amid the coronavirus pandemic, whilst the club’s options have been further strengthened ahead of the Premier League‘s restart by the returns of Marcus Rashford and Paul Pogba from injury.

United currently sit fifth in the division and are just three points adrift of fourth-placed Chelsea in the race to secure Champions League football next season, whilst the Red Devils also remain in contention for both the FA Cup and Europa League.

Ahead of the club’s trip to face former manager Jose Mourinho and Tottenham on Friday night, Redknapp suggested the leading sides ‘will be looking over their shoulder’ at a rejuvenated United side.

“There are important players coming back,” Redknapp told The Sky Sports Football Podcast.

“If you look at Manchester United right now, they’ve got a young man in Marcus Rashford who is now fit for his team. That’s going to be amazing to have him back for United. It’s like a brand new signing – one of the best centre forwards in the world or wide players, wherever you want to play him. So I think United will look at that and think ‘we’ve got a real chance’.

“It will be interesting to see the dynamic in midfield, too, with Paul Pogba coming back as well. There’s so much talent in that area now and if you can get that midfield working together then you’ve got a really big chance.

“Teams will be nervous about United. The likes of Chelsea that are already in the top four will be looking over their shoulder.”