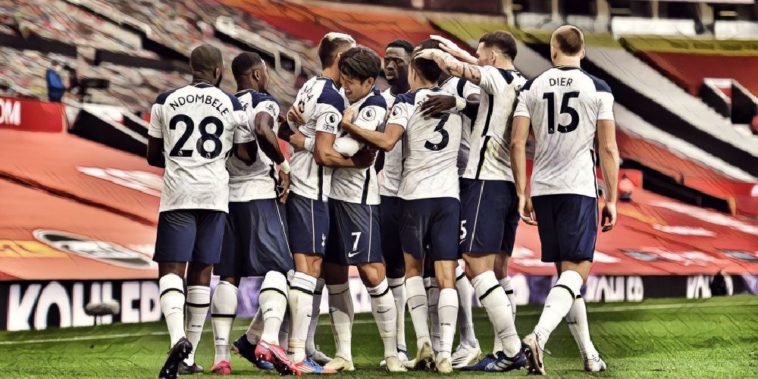 Harry Redknapp has backed former side Tottenham and their ‘powerful squad’ to challenge for the Premier League title under Jose Mourinho this season.

The north London side have bounced back from an opening day defeat to enjoy a promising start to the new campaign, enjoying one of the most memorable results in their Premier League history with a 6-1 thrashing of Manchester United last weekend.

It was a superb showing from a Spurs side who have strengthened significantly this summer in what looks likely to be an unpredictable league season, the likes of Manchester City and champions Liverpool having already suffered humbling and comprehensive defeats.

Former Spurs boss Redknapp has been impressed by his former side and has backed Mourinho to guide the club back into the division’s top four and into Champions League, and even suggested they could make a surprise title challenge in what could prove an ‘open year’.

“If you ask me, honestly, I think they will make the top four. I think they could even win the league this year,” Redknapp said on Sky Sports. “I know people are going to think I am crazy but I look at that squad.

🗣"Manchester United do not lose 6-1 everyday, I am very proud of my players for their effort and performance shown by all of them.”#THFC #COYS #MUNTOTpic.twitter.com/9QdNjtXMMH

“It looks like it is going to be an open year. Look at what happened at the weekend.

“I am telling you, that is some squad they have got. They have got cover in every position. It is a really powerful squad. If anyone is going to upset the big two [it’s Spurs].”

Redknapp believes the summer signing of Gareth Bale provides Spurs with a formidable front line with the Welshman set to join the in-form Heung-Min Son and Harry Kane in attack, whilst suggesting the strength in depth of Mourinho’s options across the squad could lead to a tilt at the title.

“Look at the strength in depth. They are full of midfield players. Defensively, they have two right-backs and two left-backs.

“They could be scary. I think Tottenham are a danger to anyone in that division this year. Lump on, whatever price they ask.

“If anyone else is going to do it, it could be Spurs.”

Read – Every transfer deadline day deal in the Premier League

See also – Donkeys: Seven Premier League players who ‘had a mare’ during gameweek 4