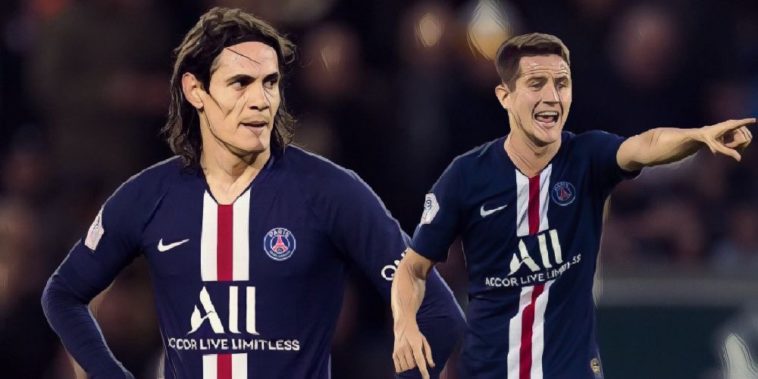 Ander Herrera has revealed he told Edinson Cavani he ‘couldn’t say no’ to Manchester United ahead of the forward’s free transfer move to the Premier League.

Cavani was the headline signing on a busy deadline day of activity for Manchester United, joining the likes of Alex Telles and youngsters Facundo Pellstri and Amad Diallo by signing a one-year deal with an option to extend by a further year.

The Uruguay international arrives with a reputation as one of Europe’s greatest goalscorers of the past decades, having enjoyed a prolific seven-year spell at Paris Saint-Germain to win six league titles and become the club’s all-time record goalscorer.

Former Red Devils midfielder Herrera played alongside the 33-year-old at PSG and revealed Cavani approached him for advice regarding a potential move to Manchester, the Spaniard eulogising about his former side and advising the forward it was an opportunity too good to refuse.

“He asked me for advice,” Herrera told Cadena Ser. “I told him this was one of those teams that you couldn’t say no to.

“It’s just too bad he can’t take advantage of the fans. Old Trafford is unique.”

Cavani will bolster United’s attacking options and brings a wealth of experience to a youthful forward line, the veteran set to compete with Anthony Martial for a place as United’s focal point.

The marquee addition could make his debut in the club’s first fixture after the international break against Newcastle on October 17, before a potential return to former side Paris Saint-Germain as United’s Champions League group stage campaign begins three days later.