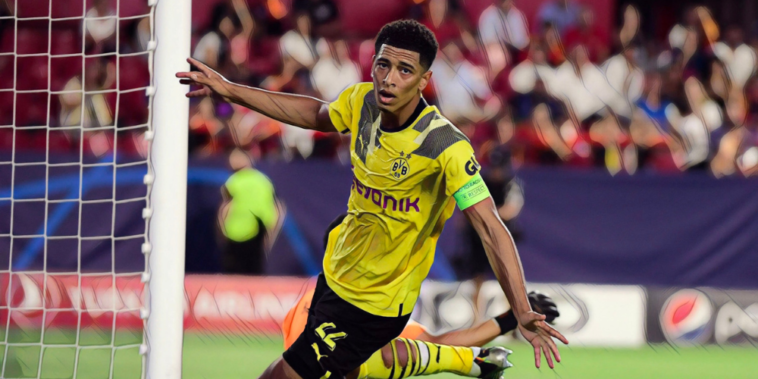 Real Madrid are claimed to be ‘increasingly confident’ that the club will win the race to sign Jude Bellingham from Borussia Dortmund.

Bellingham’s future is set to be one of the stories of the summer transfer window with the Spanish giants competing with the Premier League’s top clubs and Paris Saint-Germain to sign the midfielder.

Liverpool, Chelsea, Manchester City and Manchester United are all interested in Bellingham, who enhanced his reputation with an impressive World Cup campaign for England in Qatar.

Dortmund are expected to receive offers in excess of £100m for the teenager, who does not have a release clause in his contract at the Westfalenstadion.

Liverpool have made Bellingham their number one target and Trent Alexander-Arnold and Jordan Henderson have each endorsed a move to Anfield during time spent with Bellingham in the England camp.

However, the Sun are reporting that Real Madrid are confident that Bellingham will turn down a move to the Premier League and instead head to Spain next summer.

Carlo Ancelotti believes the chance to become ‘an icon’ at the Bernabeu will prove persuasive in landing Bellingham ahead of rival clubs.

Bellingham signed for Dortmund from Birmingham City in a deal worth an initial £25m in 2020 and has since made 112 appearances for the Bundesliga side across all competitions, scoring 19 goals.