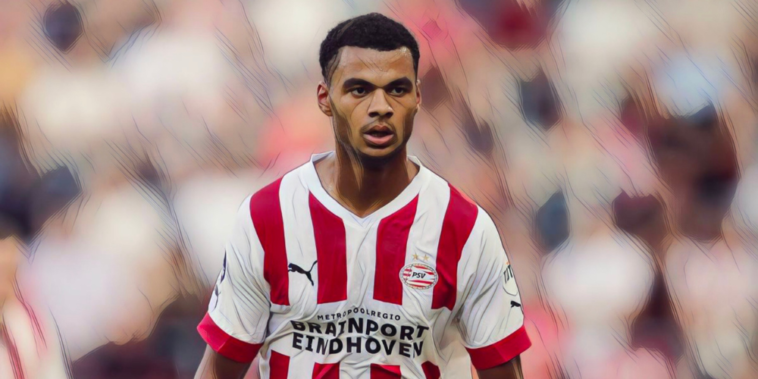 Real Madrid and Arsenal have been named as potential destinations for Cody Gakpo following the winger’s explosive start to the season at PSV Eindhoven.

Gakpo was linked with an exit from PSV during the summer with a number of Premier League clubs interested in a deal. Manchester United considered a move for the 23-year-old – who was named as Dutch Footballer of the Year in 2021/22 – before securing the signing of Antony, while Leeds failed with a late bid to sign Gakpo on deadline day.

Leeds have retained their interest in signing the Netherlands international and have continued talks with PSV past the deadline, ahead of a January move.

However, The Athletic are reporting that Jesse Marsch’s side now face a fight to convince Gakpo to move to Elland Road with the star having ‘shifted his expectations’ following a blistering start to the season. Gakpo’s representatives are understood to have informed Leeds that he is not in favour of a move to the club at this time.

Gakpo has been directly involved in 15 goals in just nine league appearances for PSV this season, while the winger has 15 goals and seven assists for the Dutch side in all competitions.

Real Madrid and Arsenal have been named as potential destinations, with PSV expected to sanction his sale should a suitable offer in the winter window.

The in-demand star is set to be named in Louis van Gaal’s squad for the World Cup in Qatar and a strong tournament could see his valuation soar. He has scored three goals in nine caps since his debut for the Netherlands in 2021.