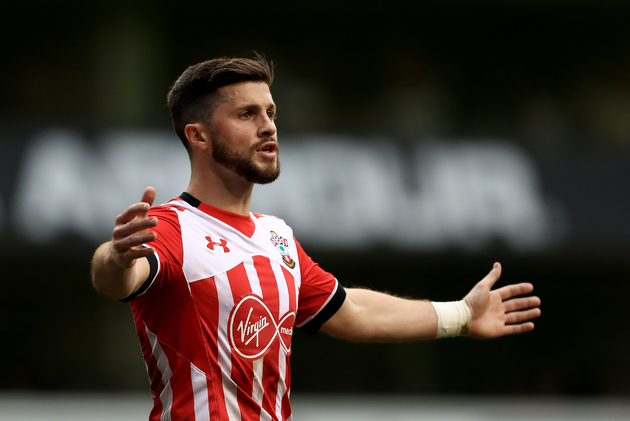 After losing the Play-Off Final by a penalty shoot-out, Reading shall go again next season. Manager Jaap Stam wI’ll have to re-galvanize his squad heading into the forthcoming season.

During pre-season, there is no doubt that Stam will look to add to his squad, and while there has been no official rumours linking the two, some Royals fans have voiced their support in bringing Shane Long back to the Madjeski Stadium.

Here is why Reading should sign Shane Long this summer.

Upon leaving Reading in the summer of 2012, Shane Long has spent the past few seasons in the top-flight. Long had spells with West Brom and Hull City, before settling with current club Southampton. However the previous campaign proved to be less generous for the striker.

Despite being Saint’s top-scorer in the 2015/16 season, scoring 13 goals, last season wasn’t so great. Long only managed three league goals, with five in all competitions last season.

However despite a more subdued period in-front of goal, there is no doubt Long possesses all the right tools to be a prominent force in the Championship, once more. While he may not conventionally be the best finisher, the Irish striker certainly boasts a notable work-rate, one to which shall really benefit Jaap Stam and Reading.

Fallen Out Of Favour At Southampton?

Since arriving at Southampton last summer, Manager Claude Puel has seen an overhaul of changes. One of those changes would be his utilisation of Shane Long, as some could argue it has been sparse. During Saints 4-1 defeat to Manchester City in March, Long was substituted after less than 15 minutes on the field.

This moment saw the frustration displayed by Long, as he was not happy with the decision made by Puel. In addition to this Saints fans have pondered the future for the 30-year-old. It would appear it may not be at St Mary’s.

If the rumours come to fruition during the summer, then Shane Long would be a great steal for the Championship club, or any for that matter. However due to Long recently penning a new deal at the club, as recent as January, perhaps a hefty fee shall be in place.

Fresh Addition To The Squad

While striker Yann Kermogrant is still able, the addition of Shane Long would not go a miss for Reading. Kermogrant scored 18 league goals for the Royals last season, but the added firepower from Long is a prosperous thought for the forthcoming season. Jaap Stam would have the option of implicating different tactics.

Long is more than capable of playing as a lone-striker, as well as playing out-wide. Furthermore he can also play as a second striker, supporting Kermogrant up-top.

There is no doubt Reading shall put their hands in their pockets in the summer. Ultimately I believe that Shane Long would provide added fire-power as well as pace and a solid work-rate. Thus with this in mind, if Jaap Stam desires any player to bring the Madjeski, it should be Shane Long.

Reading fans; Would you like to see Shane Long return? Would he be a good fit for your side? Let us know…..