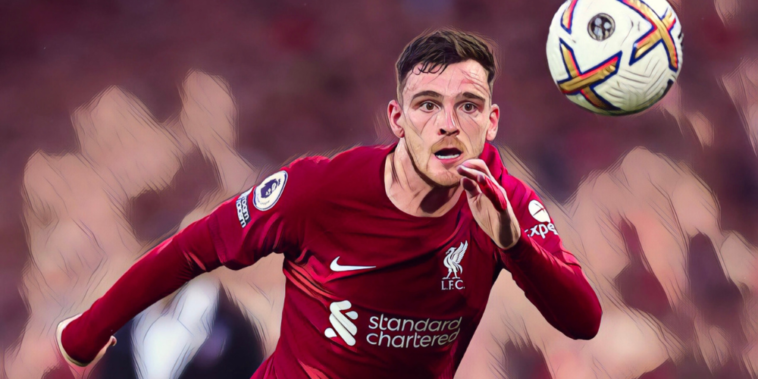 The Premier League is currently home to some of world football’s finest full-backs, with the position one that has rapidly evolved and grown in importance across the past decade.

Once an afterthought in any XI, full-backs are now among the most influential players on the team-sheet, tasked with providing game-changing contributions at both ends of the pitch.

In tribute to their increasing importance, we’ve decided to rank the best full-back options among the Premier League’s top six sides.

Zinchenko has made an instant impact and looks set to be a key figure for the Gunners at left-back, with Kieran Tierney talented prone to periods on the treatment table.

Zinchenko has already improved the tactical flexibility of Mikel Arteta’s side, impressing both on the overlap and when tucking inside into central areas to create midfield overloads.

Zinchenko now has the BEST win percentage of any player in Premier League history with 50+ appearances 👏 pic.twitter.com/JoEkyr6USw

On the opposite flank Ben White has been shifted out to a full-back role in the opening weeks, as Takehiro Tomiyasu gets up to speed after a long spell on the sidelines. The Japan international lacks the attacking impetus of the division’s best full-backs, but became an instant fans’ favourite in north London last season of his determined defending.

Cedric Soares provides depth on either flank, though both Ainsley Maitland-Niles and Hector Bellerin have been linked with exits before the deadline.

Chelsea are looking to add to their defensive options before the deadline, but are well-stocked at full-back as things stand.

The west Londoners secured the signing of Marc Cucurella from Brighton earlier this month, in a deal which could reach £62m and makes the Spaniard the most expensive full-back in Premier League history.

Cucurella was named as Brighton’s Player of the Season in 2021/22 and will compete with Ben Chilwell for a place at left wing-back, though has the flexibility to operate in a more central role as part of Thomas Tuchel’s preferred back three.

Reece James continues to develop into one of Europe’s most effective full-backs and has provided more Premier League goal contributions than any other defender since the start of last season.

Reece James has 15 goal involvements since the start of last season.

Cesar Azpilicueta provides experienced cover in a number of defensive roles after turning down interest from Barcelona to sign a new deal this summer, while Ruben Loftus-Cheek has emerged as an option at right wing-back after impressing in the unfamiliar role against Spurs earlier this month.

Liverpool’s full-back pairing have been the benchmark for forward threat in recent campaigns, with Trent Alexander-Arnold and Andy Robertson central to the success of Jurgen Klopp’s side.

The duo now rank second (Robertson – 49) and third (Alexander-Arnold – 45) for all-time assists among Premier League defenders and Leighton Baines’ record of 53 is unlikely to last long.

Despite Liverpool’s difficult start to the season, Alexander-Arnold leads all Premier League defenders for chances created, big chance involvements, touches in the final third and expected assists across the opening three fixtures.

However, he has been exposed defensively during dropped points at Fulham and Manchester United and must improve his defensive levels if the Reds are to return to form in the coming weeks. Liverpool’s full-backs are below their usuals levels at present, but still the standard for forward threat.

Kostas Tsimikas provides an able deputy to Robertson on the left flank, while there are high hopes for Calvin Ramsay following his arrival from Aberdeen this summer. The 19-year-old was named as the SFWA Young Player of the Year for 2021/22 and replaces the departed Neco Williams as an Alexander-Arnold alternative.

Manchester City boast an unusual asymmetric mix when it comes to their full-back pairing, with Kyle Walker and Joao Cancelo taking on different roles in the side.

Walker’s unrivalled recovery pace allows for a high defensive line and cover from the counter, while Cancelo has evolved into one of the most unique defensive talents in world football under Pep Guardiola.

After a difficult adaptation period in the Premier League, Cancelo has flourished into a multi-functional full-back capable of influencing games in unusual areas of the pitch. Signed as a right-back, he has since found a home on the left, but does much of his best work drifting into central areas.

And he's played the most final ⅓ passes in the league. 🤪 pic.twitter.com/kdj11UoUNV

Depth is the sole negative factor when assessing City’s full-back options, though Sergio Gomez has arrived from Anderlecht to provide competition for Cancelo. The left-back shone under the management of former City captain Vincent Kompany in Belgium last season, earning the club’s Player of the Season accolade after scoring six goals and providing 11 assists.

Manchester United remain interested in a deal to bring in a new right-back before the deadline, with Erik ten Hag having been left unconvinced by his current options.

Aaron Wan-Bissaka has failed to develop as hoped since a £50m move from Crystal Palace in 2019 and has been linked with a return to his former side in the final days of the transfer window.

Diogo Dalot was declared as the “best full-back in Europe” in his age group by Jose Mourinho upon his arrival at Manchester United, but has since failed to find consistency in his performances.

Luke Shaw has twice earned the Red Devils Players’ Player of the Year Award, but has mixed impressive spells with periods of poor performances and faces a fight to retain first-choice status following the summer arrival of Tyrell Malacia.

Malacia made his first start for the club in Monday’s 2-1 win over Liverpool and impressed, shackling the threat of Mohamed Salah at Old Trafford.

Antonio Conte’s best sides have often included an effective wing-back pairing, with the Spurs boss having improved his options during the summer window.

Ivan Perisic has arrived from Inter Milan already well-versed in the manager’s methods and will add forward threat to the side, having scored eight goals and laid on a further seven assists in Serie A last season.

The 33-year-old has already provided two assists in just 111 minutes of Premier League football and will compete with Ryan Sessegnon for a place in the side.

Ivan Perišić for Tottenham vs. Wolves:

Assists in back-to-back games for the Croatian. 🇭🇷 pic.twitter.com/PpMExCm2An

The competition for the right wing-back role is even more fierce. Matt Doherty, Emerson Royal and summer signing Djed Spence will all hope to claim the position this season. Doherty and Emerson have struggled to convince at Spurs, while Spence is making the step up into the Premier League for the first time after joining from Middlesbrough. The 21-year-old was excellent last season during a loan spell at Nottingham Forest that ended in promotion.

Sergio Reguilon and Japhet Tanganga are expected to leave before the deadline, while Destiny Udogi will join up with the squad next summer after returning to Udinese on loan for the 2021/22 campaign.