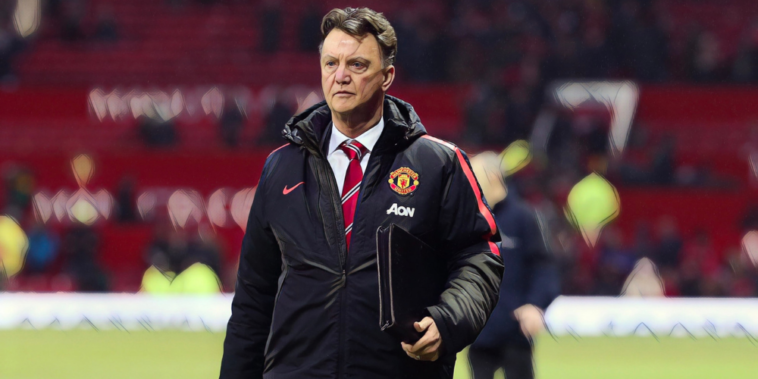 Dutch football has a long history of producing elite footballing minds and the Netherlands are one of the most respected footballing nations in the global game.

The origin of Total Football and birthplace of managerial greats in Rinus Michels and Johan Cruyff, the Dutch have had a huge influence on modern football as we know it.

Erik ten Hag is the latest bright coach hailing from across the channel and the Ajax boss continues to be linked with Manchester United.

Ten Hag is understood to have impressed during formal interviews with the Red Devils’ board and has won admirers for his fine work at Ajax, winning silverware and continuing the club’s rich traditions.

The 52-year-old could become the ninth Dutch coach to move to the Premier League and amid the speculation we’ve decided to look at how his compatriots have fared before him.

Here are our ratings of every Dutchman to have managed in the Premier League.

Ruud Gullit became the first Dutch manager in the Premier League after taking the reins at Chelsea in the mid-nineties, the midfielder a shock appointment as player-manager after Glenn Hoddle’s departure to take the England job.

Gullit had been one of the Netherlands’ all-time great footballers during a distinguished career at the highest level, winning three Serie A titles and two European Cups at AC Milan, in addition to Euro ’88 with the national side.

His managerial career did not quite reach those same levels of glittering success, though he did become the first foreign manager and first black manager to win a major trophy in Britain with FA Cup success in 1997.

One of Chelsea's most iconic players made history twice in 1997 as @GullitR led the Blues to their first trophy win in 26 years and in doing so became the first black manager to win a major British football trophy. 🏆

Gullit was sacked at Chelsea the following season following a disagreement with the board, before taking charge of Newcastle. He led the Magpies to the FA Cup final in his first full season, but his time at St James’ Park was marred by fall-outs with key players and he resigned just five games into his second season.

Gullit failed to enjoy huge success at either side, but his presence persuaded a number of leading names – including Gianluca Vialli and Gianfranco Zola – to sign for Chelsea and started an era of cup success in west London.

Martin Jol was named as Tottenham manager in 2004, stepping up from his role as assistant following the 13-game reign of Jacques Santini.

Jol guided Spurs to consecutive fifth-place finishes – their highest of the Premier League era at that time – during his first two full seasons in charge, with the North Londoners falling just short of securing Champions League qualification.

His reign with the side came to an end after an indifferent start to his third campaign with the club, before he returned to the Premier League at Fulham in 2011.

Jol spent two seasons with the Cottagers and led the side to a top-half finish during his debut campaign. He was sacked in his third season at Craven Cottage, after a run of six consecutive defeats in all competitions.

Hiddink was appointed as interim manager of Chelsea during the 2008/09 Premier League season, arriving as an experienced replacement for Luiz Felipe Scolari.

Hiddink combined the role with his position as Russia manager, but oversaw a remarkable upturn in results as he won 11 of his 13 league games in charge of the west Londoners.

He reached the Champions League semi-finals – losing to Barcelona on away goals in a controversial tie – and ended his reign with FA Cup success as Frank Lampard’s goal secured a 2-1 win over Everton at Wembley.

Despite pleas for him to remain, he returned to his role with Russia but returned for a second spell as interim manager in 2015/16.

Chelsea were 16th and one point above the relegation places upon his arrival and Hiddink steadied the ship once again, albeit in less spectacular fashion. He lost just four of his 34 league fixtures in charge of Chelsea across two spells.

Meulensteen was a highly-regarded member of Manchester United’s coaching team during a successful period under Sir Alex Ferguson, forming part of the backroom staff for Premier League triumphs in 2009, 2011 and 2013.

The Dutchman was handed a senior role at Fulham after replacing compatriot Martin Jol in 2013, but was sacked after winning just four of his 17 games, lasting just over two months in charge.

Ronald Koeman’s managerial career has had its fair share of ups and downs, including his three seasons as a Premier League manager.

Appointed as Southampton boss ahead of the 2014/15 campaign, his first season saw the Saints finish seventh, before improving on that performance to end the following season in sixth and secure Europa League qualification.

Not since 1985 had Southampton finished higher in the top division, but Koeman chose to depart for a new challenge at Everton that summer.

He finished seventh and again secured continental qualification at Goodison Park, but the wheels soon fell off following some poor recruitment. The likes of Yannick Bolasie, Davy Klaasen and Morgan Schneiderlin are just some of the expensive misfits which have contributed to Everton’s overspending and underperformance.

Parachuted in to save the side from relegation in 2014/15, he led the Black Cats away from trouble and secured a 16th-place finish after winning three and drawing three of his nine games in charge.

Sunderland began the following season in poor form, however, and after an eight-game winless run to start the season Advocaat quit as manager, leaving the club looking for a sixth manager in four years.

Manchester United sought a big-name boss following the ill-fated tenure of David Moyes, bringing in Louis van Gaal as the successor to the ‘Chosen One’.

Having won seven league titles across three different leagues and the 1995 Champions League with Ajax, he was viewed as the ideal candidate to take the reins in the post-Sir Alex Ferguson era.

Van Gaal was unable to replicate past successes in the Premier League, though did secure Champions League qualification in his maiden season. He was sacked unceremoniously – with Jose Mourinho waiting in the wings – after winning the FA Cup in his final game in charge.

💰 Van Gaal warns Erik ten Hag of @ManUtd being a 'commercial club' and not a football club.

In between there was a series of classic sound bites, but Van Gaal’s football was stagnant and not befitting of a coach with his reputation.

In his final season, United made a league-high of 3,222 backwards passes, whilst their 49 goals was just one more than Blackburn Rovers managed when relegated from the Premier League in 2012.

Van Gaal has since had few complimentary things to say about his time in Manchester and last week warned Ten Hag against taking charge at Old Trafford.

“The worst manager in the history of the Premier League – Frank de Boer.”

Jose Mourinho’s jibe towards Frank de Boer came in response to criticism of his management and painted a picture of De Boer’s torrid time in English football.

De Boer lasted just five matches at Crystal Palace before being sacked in September, with his four Premier League games all ending in defeat without a single goal scored.

Frank de Boer has lost his managerial debut with:

His time with the Eagles came after a difficult spell at Inter Milan and he has failed to rebuild his reputation in subsequent stints at Atlanta or with the Netherlands, having won four league titles with Ajax in a promising start to his coaching career.