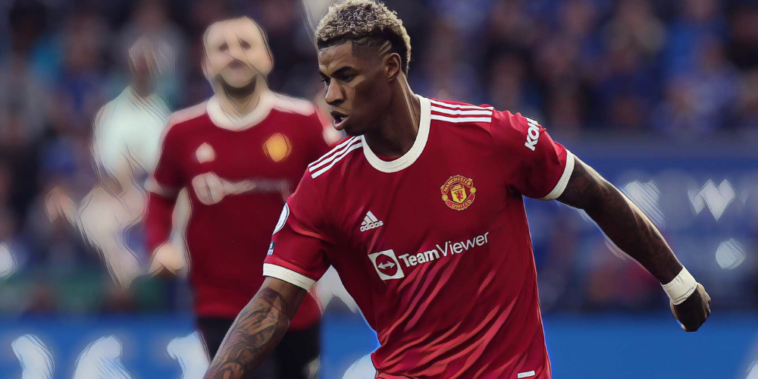 Marcus Rashford has insisted that trophies won’t come ‘overnight’ for Manchester United and had discussed the club’s ambitions and current form.

United have come in for criticism following a concerning recent run of form, winning just once in their past five fixtures in all competitions after Saturday’s 4-2 defeat to Leicester at the King Power Stadium.

Rashford admitted there is always added scrutiny after defeats for the Red Devils, but has backed his side to respond and improve ahead of tomorrow evening’s Champions League clash with Atalanta.

“You know, I think at a club like Manchester United, as soon as you lose a game, this is what happens,” Rashford told a pre-match press conference.

“I think for us as players, we have to just go back to basics, we have to look at ourselves and see what we can do better. We’ve had the conversation as a team, as we would do whether we win a game or lose a game. We know that the next game is another opportunity to improve and that’s the aim.”

The England international – who returned from injury to score against Leicester at the weekend – outlined the Red Devils’ desire to be successful this season and says silverware is the aim amongst Ole Gunnar Solskjaer’s squad.

However, the 23-year-old has urged for patience with the project and has warned fans not to expect ‘overnight’ success, despite a summer recruitment drive that included the arrivals of Cristiano Ronaldo, Raphael Varane and Jadon Sancho.

“I think for us, as players, we want to win silverware, and the staff as well, everyone wants to win trophies, but there are steps you have to take to get there, you don’t just win the trophies overnight.

“We’ve been on this journey a while now, it’s taking a while to get there, we’ve come close a lot of times. We have to find the difference between coming close and getting our hands on trophies. But after the period we’re in now, it’s the next games that counts, we don’t want to look too far ahead.”