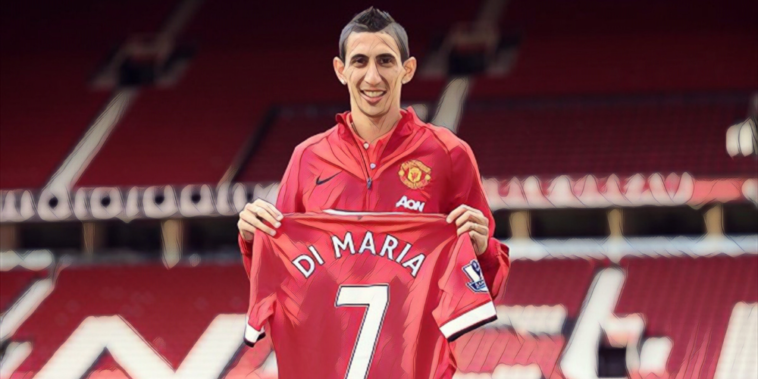 Raphael Varane is on the verge of completing a move from Real Madrid to Manchester United, a deal which will see one of world football’s finest centre-backs move to the Premier League.

Varane has enjoyed a glittering decade of success with the Spanish giants since signing from Lens, winning three league titles and four Champions League winners’ medals, in addition to World Cup success with France.

Whilst Spain’s biggest clubs have regularly raided the Premier League for talent since the turn of the century, there have also been some notable names heading the opposite way in recent years.

Ahead of Varane’s £42m move to English football, we rank the five most expensive La Liga to Premier League transfers.

Manchester City broke their transfer record to sign Aymeric Laporte from Athletic Bilbao during the January transfer window in 2018, activating the £57m release clause in the defender’s contract at the La Liga side.

The centre-back arrived mid-way through a record-breaking season for Pep Guardiola’s side, making nine league appearances as City won the Premier League title with an unprecedented 100 points.

The following season saw Laporte establish himself as a key figure in the side as a second successive title was secured, scoring a crucial goal in the final day win over Brighton as City beat Liverpool to the championship by just a single point.

His performances were rewarded with a place in the PFA Team of the Season, the elegant left-footed centre-back regarded as one of the best central defenders in the division.

Serious injury marred his 2019/20 season before falling somewhat out of favour last term, but Laporte remains one of the classiest customers in the Premier League at present.

The British transfer-record deal that Manchester United had hoped would catapult the club back into title contention, the Red Devils spent big on Real Madrid star Angel Di Maria in 2014.

Having seen the Sir Alex Ferguson succession plan fail miserably following a seventh-place finish during the 2013/14 campaign, Louis van Gaal was named as the club’s new manager following the sacking of David Moyes.

The Dutchman was backed immediately and splashed a Premier League record fee on Di Maria, who has played an integral role in Real Madrid’s Champions League success the previous season.

Di Maria initially began brightly upon his arrival in England and provided a glimpse of his capabilities with a memorable goal at Leicester, but the summer signing soon faded fast amid reports he was unsettled with life in Manchester.

After just one season in which his performance levels dipped rapidly, he signed for Paris Saint-Germain with the Red Devils taking a £15m hit on their record signing.

Chelsea broke their transfer record to sign Alvaro Morata from Real Madrid in 2017, the Spain international arriving to replace the void left by Diego Costa’s departure from Stamford Bridge.

Despite failing to find the net prolifically throughout his career, Morata had impressed the west London side with his performances for Real Madrid and Juventus, scoring a career-best of 20 goals in all competitions as the former won a La Liga and Champions League double in 2016/17.

Morata began brilliantly with six goals in his opening six league fixtures with the Blues, four of which were assisted by Cesar Azpilicueta as the Spanish duo formed a fine understanding.

He had netted 10 league goals at the turn of the new year, but his productivity soon slowed with just one further goal coming over the second half of the season with his confidence visibly low.

Morata was left out of the starting side for Chelsea’s FA Cup final win over Manchester United and failed to re-establish himself despite the arrival of Maurizio Sarri as manager, scoring just five league goals during the 2019/19 season before signing on loan for Atletico Madrid.

Morata ranked amongst the leading players in the Premier League for ‘big chances missed’ during his time in English football and admitted he ‘lost confidence’ before his return to Spain.

Pep Guardiola viewed Rodri as the long-term heir to Fernandinho at Manchester City, making the Atletico Madrid midfielder the club’s record signing at the time of his 2019 arrival at the Etihad.

Rodri had spent just one season in the Spanish capital after arriving from Villarreal, but impressed with his tactical and technical qualities at the base of Diego Simeone’s midfield.

After a period of adaptation in the Premier League the midfielder has established himself as a key part of the City side, making 34 league appearances as the club won the league title in 2020/21.

Rodri’s composure and quality in possession makes him almost press-resistant and perfectly suited to Guardiola’s demands, with the 25-year-old ranking second in the Premier League for pass completion amongst all midfielders to make 20+ starts last season.

Big-money arrivals from La Liga have endured mixed success with Kepa Arrizabalaga amongst those to have struggled under the weight of expectation, with the Spain international becoming the most expensive goalkeeper in history after signing for Chelsea in 2018.

Chelsea activated the £71.6m release clause in Kepa’s contract at Athletic Bilbao as the club sought a replacement for Thibaut Courtois, a purchase that must now be viewed as an expensive market mistake.

Kepa initially showed signs of promise but saw his first season marred by an incident in the Carabao Cup final, as he refused to be substituted ahead of Chelsea’s penalty shoot-out defeat to Manchester City.

The following season saw mistakes in his game increase and he was dropped in favour of veteran Willy Caballero, with Kepa have struggled to show he was worth Chelsea’s record-breaking outlay.

The signing of Edouard Mendy in 2020 saw him lose his status as number one and his future at Stamford Bridge appears uncertain.