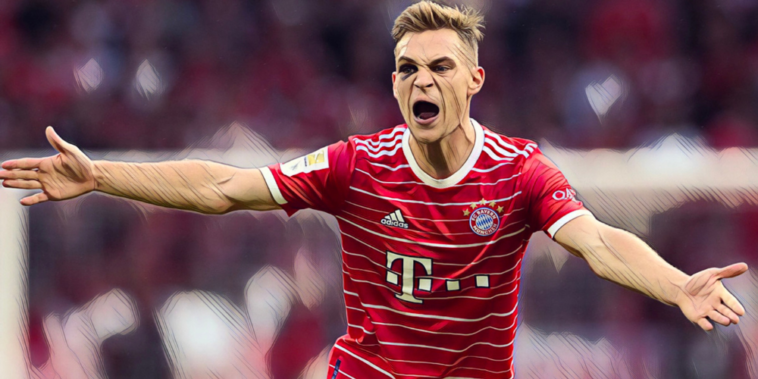 European football is home to some brilliant passers and each top team needs footballers capable of progressing the ball forward through defensive lines. Progressive passers are tasked with accelerating the build-up play and moving the ball forward into dangerous areas.

We’ve decided to look at the five players with the most progressive passes in Europe’s top five leagues so far this season:

Marco Verratti has often been cited as the glue of Paris Saint-Germain’s midfield with the Italian possessing a fine passing range over both short and long range.

PSG’s best football often flows through the 29-year-old, whose ease in possession and technical skills form part of the Parisian’s engine room. Christophe Galtier’s team have began the season in fine form, with six wins and a draw from their opening seven Ligue 1 fixtures.

Verratti’s task is to take possession and progress the ball to the club’s superstar front three, a role he has excelled in this season. Facundo Medina, who has impressed as a ball-progressing centre-back at Lens and was linked with Inter Milan during the summer, is level with Verratti on 50 progressive passes.

Joshua Kimmich is world-class in multiple roles but his best work often comes as the hub of Bayern Munich’s midfield, where his range of passing is exhibited.

The Germany international is a wonderful passer over long range, often picking out the runs of Bayern’s forward stars as the likes of Leroy Sane and Kingsley Coman look to burst in behind. Kimmich is equally adept over short distances when under pressure however, providing a press-resistant base at the bottom of Bayern’s midfield.

Add in a relentless will-to-win and drive that has helped maintain Bayern’s status as the division’s dominant force for a decade and Kimmich has the all-round game to be regarded as one of Europe’s elite in his role.

Just two players have made more progressive passes this season than Arthur Theate, who has made a strong start to his first season at Rennes.

After a season on loan at Bologna in 2021/22, he signed for Rennes during the summer and has so far made nine appearances in all competitions, scoring twice.

The centre-back earned his first cap for Belgium in November 2021 and has since made three appearances for the Red Devils at international level. He will be hoping for inclusion in Belgium’s World Cup squad for Qatar, where his forward passing from deep will be valued in Roberto Martinez’s plans.

With the likes of Jan Vertonghen and Toby Alderweireld reaching the end of their international careers, there is a vacancy for a Belgian centre-back comfortable in possession.

Trent Alexander-Arnold leads the Premier League for progressive passes in 2022/23, with the Liverpool right-back remaining integral to the Reds approach play.

The 23-year-old has been criticised for his defensive game on occasion this season following a mixed start for Jurgen Klopp’s side, but his underlying statistics going forward remain impressive despite failing to register an assist in six league appearances.

In addition to progressive passes, Alexander-Arnold leads the division for crosses into the penalty area and ranks among the Premier League’s leading players for passes into the final third, key passes and through balls.

Lionel Messi is in a league of his own when it comes to progressive passes this season, having registered a huge 36 more than Alexander-Arnold.

After a mixed first season at PSG, the seven-time Ballon d’Or winner has proven why he is arguably the best playmaker in world football. Messi has eight assists in ten appearances in all competitions, in addition to five goals.

PSG’s superstar front three dominate the attacking metrics in Ligue 1 so far this season, with optimism increasing that the trio can click sufficiently to bring European success to the Parc des Princes.

Messi and De Bruyne are now tied for most assists in 2022 😏 pic.twitter.com/eSYau8cfYj

It’s already 18 goals and 13 assists in seven Ligue 1 games shared between Messi, Neymar and Kylian Mbappe this season. Messi – appearing to drop deeper this season – is providing the perfect ammunition for a world-class forward line.