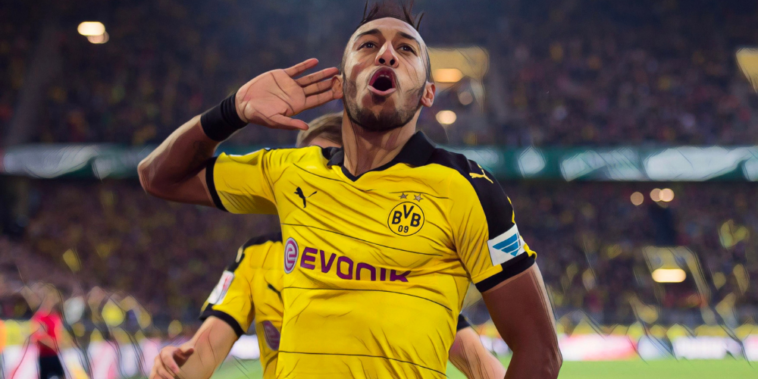 Borussia Dortmund have had some fine forwards across the past decade or so, with the Bundesliga side continually unearthing stars and finding a steady stream of striking replacements.

Karim Adeyemi is the latest name tasked with leading the line at Dortmund, after the club completed a £32.5m deal to sign the 20-year-old from Red Bull Salzburg.

Adeyemi has been signed as a replacement for Erling Haaland, who is set to sign for Manchester City this summer after a prolific period at the Westfalenstadion.

Dortmund secured the signing of Paca Alcacer on a season-long loan deal from Barcelona ahead of the 2018/19 campaign, with the Spanish striker having endured a frustrating spell at the Camp Nou.

He began with a goal on debut against Eintracht Frankfurt, before establishing a reputation as a super-sub with five goals in just two fixtures off the bench.

That haul included two goals to seal a 4–2 victory at Bayer Leverkusen and a hat-trick in a 4–3 defeat of Augsburg, scoring a free-kick to win the game and seal his treble in the last minute.

Despite his goal record he struggled to command a starting spot, but ended the season with an astonishing 18 league goals from just 11 starts, setting a new Bundesliga record for goals off the bench in a single season.

Dortmund exercised the option to sign Alcacer permanently mid-way through his loan in a €23 million deal, but he lost his place in the side following the arrival of Haaland from Red Bull Salzburg in January 2020.

He became Villarreal’s record signing that same window, leaving Dortmund with a record of 23 goals from just 37 appearances – only 17 of which came from the start.

Lucas Barrios sneaks into this top five, despite departing the Westfalenstadion in 2012.

Barrios was a key figure in the club’s return to prominence and overcame a slow start to score 23 goals in all competitions during his debut campaign.

The Paraguayan had caught the attention of Dortmund after a prolific period with Colo Colo in Chile and his €4.2m arrival soon proved to be a bargain.

🎩-tricks like this gave Lucas Barrios his nickname – The Panther 🙌 #OnThisDay in 2010 for @BlackYellow in the #Bundesliga. ⚫🟡 pic.twitter.com/fg5hkjCUVP

He added another 21 goals the following season as Dortmund were crowned champions under Jurgen Klopp, finishing as the club’s leading scorer during their title-winning campaign.

Barrios scored 49 goals in 101 appearances across three seasons with Dortmund, before moving on to sign for Chinese Super League side Guangzhou Evergrande.

Dortmund secured the services of Pierre-Emerick Aubameyang from Saint-Etienne in 2013, with the forward beginning his career with the club in a wide role before exploding as a centre-forward.

Aubameyang’s 16 goals in all competitions was a sign of things to come for the Gabon international, who reached 20+ in each of the following four seasons at the Westfalenstadion.

Aubameyang ended the campaign with 40 goals in all competitions, whilst his Bundesliga haul was the highest recorded in a single campaign since Dieter Muller’s total of 34 for Cologne in 1977.

Aubameyang scored 141 goals in just 213 appearances for Dortmund, winning two German Super Cups and the DFB-Pokal before joining Arsenal in a £56m deal in January 2018.

Erling Haaland has been a goalscoring phenomenon since bursting onto the European scene, averaging a goal-per-game at club level across the past four seasons for Red Bull Salzburg and Dortmund.

Haaland signed for Dortmund from the Austrian side in a €20m deal in January 2020 and began his career with the club in explosive fashion after netting a hat-trick off the bench against Augsburg.

Since then the Norwegian has plundered goals at an astonishing rate, becoming the fastest footballer in history to reach 20 Champions League goals and the youngest to finish a season as the competition’s leading scorer (2020/21).

He ended his first full season with Dortmund with 41 goals from 41 games, a return that saw Haaland named as the Bundesliga’s Player of the Season.

Robust, ruthless and with blistering speed and strength, Haaland has all the ingredients to torment defences for seasons to come.

Robert Lewandowski arrived as a relative unknown from Lech Poznan in 2010, but departed Dortmund was one of the most feared forwards in the game.

The Poland international scored nine goals as Dortmund won the Bundesliga in 2010/11, before taking his game to new levels the following season with a 30-goal campaign as the title was retained.

He scored 103 goals in 187 games across four seasons and starred during the club’s run to the Champions League final in 2012/13, including an iconic individual performance that saw Lewandowski score four goals in a semi-final thrashing of Real Madrid.

Lewandowski’s final season saw him finish as the Bundesliga’s leading scorer, before he completed a free transfer move to rivals Bayern Munich.

It has been a difficult watch for Dortmund fans since as the star has developed into one of the all-time goalscoring greats, netting 343 goals in 373 appearances for the Bavarians and winning the Torjägerkanone award on a further five occasions, with a sixth soon to be confirmed in 2021/22.