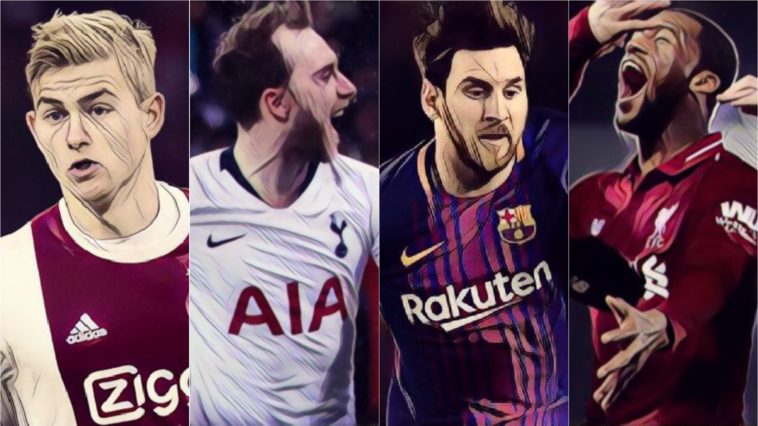 With just four teams left in the competition, we attempt to rank each one of Ajax, Barcelona, Liverpool and Spurs ahead of the semi-finals to see who is the best bet to win the whole thing.

What Mauricio Pochettino has done with Spurs is nothing short of astonishing. Since the Argentine’s arrival his charges have consistently performed better than the likes of Arsenal and Manchester United, and competed well with Chelsea, Liverpool and Man City, despite having a much smaller wage bill than those clubs. The lack of transfer activity has also meant that he has had to create new ways of making his team work this season when key players have been out through injury.

Spurs are now undoubtedly one of the top ten sides in Europe, but without Harry Kane for the rest of the season, and Son Heung-min for the first leg against Ajax, they are a depleted outfit. In a knockout competition, there is always a chance, but their recent form is worrying.

For a team that features Lionel Messi, Barcelona have seen precious few Champions League finals of late. Since their last win in 2015, they have gone out in the quarter-finals three times. The irony is that this is the furthest they have gone since then, but it might be one of the club’s weakest squads since the Argentine joined as a teenager.

La Blaugrana won their fourth La Liga title in five years with relative ease, but with a wage bill totalling €562m (£431m) that is the least they are expected to achieve. While they have a good squad, it still feels like they are massively overpaying in some areas. Luis Suarez is not as sharp as he once was, Sergio Busquets is in the winter of his career, while Thomas Vermaelen is… Thomas Vermaelen.

The Catalans do have a lot of really good players though, including Ivan Rakitic, Malcom, Arthur Melo and, of course, Philippe Coutinho. That’s why it was somewhat surprising that they didn’t perform all that great over two legs against Manchester United, and a reason for their opponents in the next round to be optimistic about their chances.

If Barcelona come through their semi-final with Liverpool, they will be labelled favourites no matter who is on the other side. But that is a big if.

See Also: Five of the Best – Man United vs Barcelona matches in history

It’s not easy to judge Dutch teams against sides from around Europe, but given that Ajax have destroyed both Real Madrid and Juventus, as well as holding Bayern Munich to two draws in the group stage, then we can safely assume they are a damn good team.

The Amsterdam outfit have done a superb job of not just bringing through prodigious young talent, but keeping them too. Aligned with clever purchasing of experienced players, such as Dusan Tadic and Daley Blind, sporting director Marc Overmars has done a brilliant squad-building job.

The style of play is eye-catching and once the players sense weakness, they overwhelm their opponents into submission. Their 2-1 win over Juve could have easily been 4-1. 1996 was the last time they reached the final. Don’t bet against them reaching this one.

Quite possibly the most balanced team on the continent, Liverpool have a solid goalkeeper, a dependable backline (whoever thought we would see the day?), a strong midfield that is coming into its own, and one of the deadliest attacks around.

Jurgen Klopp has done a stellar job wherever he has gone, but this season might be his finest achievement, even if they don’t win a trophy. The hard pressing style that he has always espoused was softened and evolved into a more controlled approach.The Reds have been more comfortable winning games 1-0 rather than engage in a tit-for-tat battle that ends 4-4.

The signings of Virgil van Dijk and Alisson Becker have been key to this, as the stability they offer means Klopp is more willing to let the defence sit back. They now concede more shots, but the chances they allow are of a far poorer quality. That the big Dutchman has not been dribbled past by a single opponent in the Premier League this season tells its own story.

Liverpool might well lose the title by a single point, but they could well win the Champions League. And yet it may feel like they have fallen short this season.

Read: Joel Matip’s revival a real positive for Liverpool in their quest for big honours