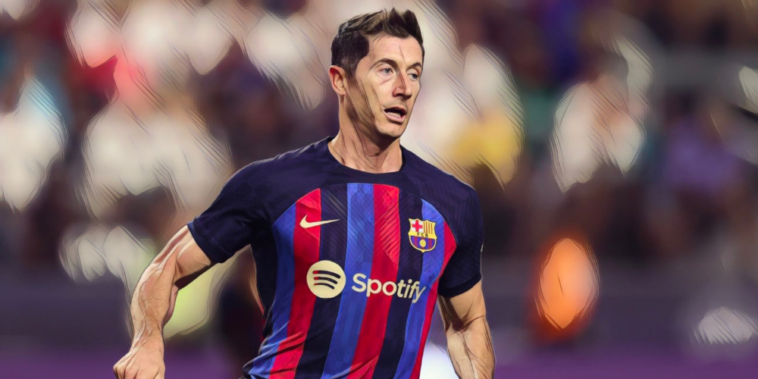 Barcelona’s summer business has earned more than its fair share of headlines this summer, with the Catalans the highest-spending club in Europe despite their well-documented financial issues.

After a summer recruitment drive that has included the headline arrival of Robert Lewandowski, the task for the Spanish side in the closing stages of the window will be reducing a vastly-inflated wage bill.

The club’s mismanagement of finances in terms of transfer fee and wages has led their precarious situation and we’ve decided to rank the five highest-paid players at the Camp Nou. All figures are according to Capology.

Among a number of poor purchases made in Catalonia in recent campaigns, Miralem Pjanic’s career with the club has been one of disappointment.

Barcelona signed the Bosnian midfielder in a high-profile swap deal that included Arthur Melo heading in the opposite direction to Juventus, with Pjanic valued at €65m in the deal.

Pjanic had impressed across a long spell in Serie A, winning four consecutive league titles with Juventus after arriving from Roma.

🚨 Miralem Pjanić has told Xavi that he is willing to lower his wages at Barcelona in order to stay at the club.

His first season with Barcelona proved a major disappointment however, as Pjanic made just six league starts for the club. He was allowed to leave on loan for Besiktas in 2021/22 and made 26 appearances in all competitions for the Turkish side last season, before returning to the Camp Nou.

He has been linked with an exit, but recent reports have suggested the 32-year-old is willing to take a significant pay-cut in order to remain with Barcelona this season.

The marquee arrival of the summer transfer window, Barcelona have secured the signing of Robert Lewandowski from Bayern Munich.

Despite being set to celebrate his 34th birthday later this month, Lewandowski arrives as arguably the best out-and-out number nine in world football, having scored 50 goals in all competitions for the Bundesliga side last season.

The €50m fee represents a sizeable gamble given the Poland international is into the latter stages of his career, though Barcelona will hope Lewandowski can maintain the form that has seen the forward average 45 goals per season across the last seven campaigns.

It is a level of productivity that can help Barcelona become competitive again, following a decline in recent campaigns.

The Spain international signed for Barcelona from Valencia in 2012 and has been a fixture in the side across the past decade, a period in which he has won five league titles and the Champions League among his honours.

The 33-year-old was a key component of the club’s resurgence under Xavi last season and registered 10 assists in 30 league appearances. Only Ousmane Dembele (13) and Karim Benzema (12) registered more assists in La Liga last season.

A certified club great, Busquets is the second-highest earning player at the Camp Nou after an illustrious career at the club.

After graduating from the fabled La Masia academy ranks the midfielder has spent his entire career in Catalonia, with only Lionel Messi and Xavi having ever made more than his 680 appearances across all competitions.

Busquets has made more than 40 appearances in 14 consecutive campaigns for Barcelona, where he has won 30 trophies at club level, including eight league titles and the Champions League on three occasions.

The last remaining part of the iconic midfield trio featuring Xavi and Andres Iniesta, he is the current captain and will lead the side under his former teammate’s management in 2021/22.

The Netherlands international joined from Ajax in a €75m deal in 2019 and has since made 140 appearances across all competitions.

However, the 25-year-old has struggled to find his best form on a consistent basis and the continued presence of Busquets has prevented De Jong from earning a regular chance in his favoured midfield role.

Chelsea are in talks with Barça for Frenkie de Jong and are 'optimistic' about agreeing a transfer, reports @David_Ornstein pic.twitter.com/9z6jxdN6XE

The Catalans are understood to be open to his exit this summer as Chelsea and Manchester United chase a deal for the Dutchman, whose departure would significantly reduce the bloated wage bill at the Camp Nou.