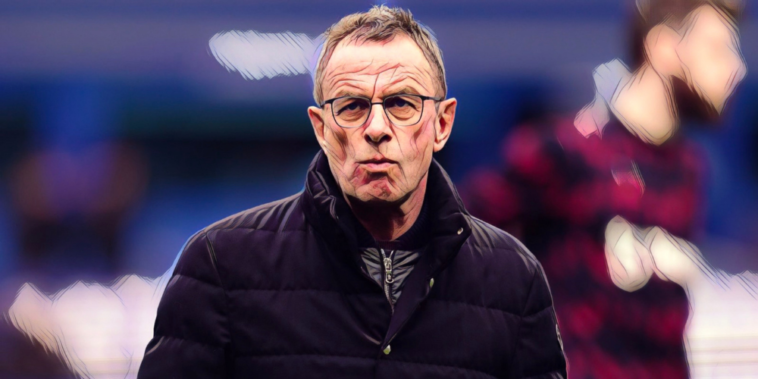 Ralf Rangnick insists Manchester United remain an ‘attractive’ destination for players despite an expected absence from the Champions League next season.

United have lost three of their last four Premier League games to fall six points adrift of the Champions League places, having played a game more than fourth-placed Arsenal.

The Red Devils face Chelsea in the Premier League on Thursday evening and ahead of the clash Rangnick has appeared to rule out the club’s chances of closing the gap.

However, the interim boss believes a lack of Champions League football will not overly impact the club in the transfer market and insists United remain a ‘massively interesting club’ for potential transfer targets.

Erik ten Hag will take over as permanent manager in the summer and Rangnick has vowed to aid the Dutchman’s task in turning the Red Devils into a ‘top club again’.

“Of course, it would be better if we played Champions League next season but this also affects other clubs, it’s not only a problem only Manchester United has,” Rangnick said at his pre-match press conference.

“The renewal of the contract of Bruno (Fernandes) showed it is possible this club is an attractive club, with a new manager, a new approach, in the way he wants to play, this is still a massively interesting club.

“And I look forward to helping Erik and everyone at the club to get the best and change the whole approach next season so Manchester United can be a top club again.”