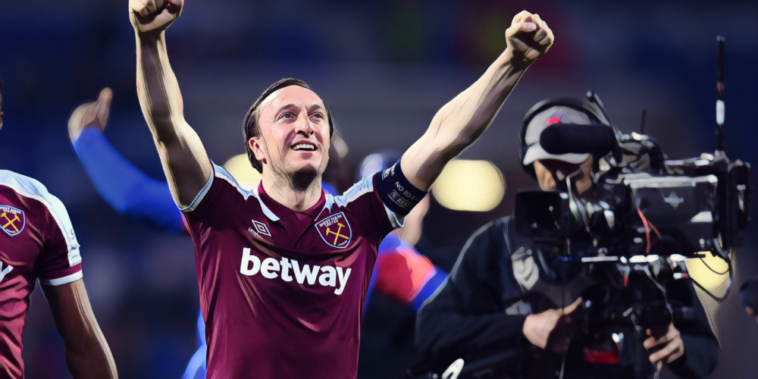 Mark Noble is hoping to end his final season at West Ham with Europa League success as the club prepare for their first European semi-final in 46 years.

West Ham will take on Eintracht Frankfurt in the first leg of their last four tie on Thursday night, having enjoyed a memorable run to the semi-finals of the competition this season.

The club’s campaign has been a fitting finale for club captain Noble, who announced earlier this season that his 18-year spell as a West Ham player would come to an end this summer.

The 34-year-old is hoping to bow out after winning the Hammers first major trophy since 1980 and admits David Moyes’ side are relishing the test that Frankfurt will provide.

“Did I imagine it, yes? Did I think it would happen, probably no,” Noble said on West Ham’s Europa League run at a pre-match press conference.

“This season for me, after announcing it would be my last, has been pretty special, but as I keep saying, it’s not over yet. We’ve got an incredible game tomorrow night and then we’ve got another, bigger game in a week’s time, and to be able to enjoy that with the fans and players who have got us to this position, and the whole staff at this place and at the stadium, is an incredible achievement and something we’re all looking forward to.”

Noble was asked whether he believes West Ham can win the Europa League this season and says there is belief within the squad that the club can go all the way.

“Do I think it’s possible? Yes. It’s going to be tough, we know that, because the three other teams in this situation will be thinking the same.

“I would never be disrespectful to Frankfurt. Do I believe we can win? Yes. If we play how we know we can play with the resilience and attacking play and defending as a team I think we can win, and with the fans behind us tomorrow night and who will travel to Frankfurt, I have crossed my fingers since we beat Lyon.”