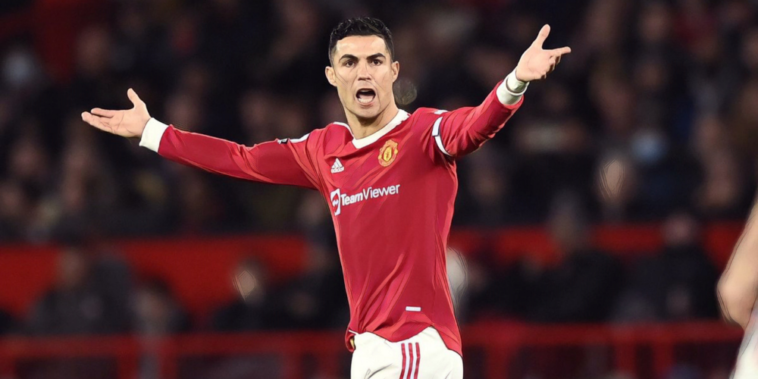 Ralf Rangnick has confirmed that Cristiano Ronaldo is fit to return as Manchester United face Everton in the Premier League tomorrow.

United travel to face the struggling Toffees on Saturday lunchtime looking for a win to keep alive their hopes of a top four finish, with last weekend’s 1-1 draw with Leicester leaving the Red Devils seventh in the Premier League.

Ronaldo missed the draw with the Foxes through illness but Rangnick has confirmed that the club’s 18-goal leading scorer is fit to return at Goodison Park.

There was less positive news on Luke Shaw, Raphael Varane and Scott McTominay, however, with the trio all set to miss out.

“Cristiano [Ronaldo] is back again,” Rangnick said at his pre-match press conference.

“Luke [Shaw] is still injured. He will be out for the next two or three weeks.

United are three points behind fourth-placed Tottenham ahead of the clash with Everton, who have lost seven of their nine Premier League games since Frank Lampard’s arrival as manager and sit just one point above the relegation places.