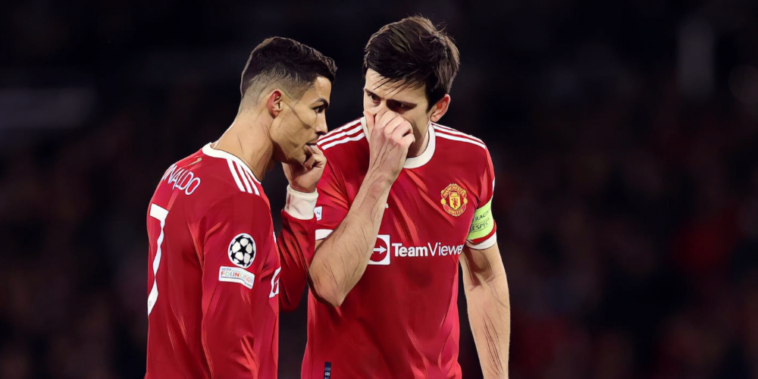 Ralf Rangnick has shut down speculation that Manchester United are considering a change of captain following reports of discussions between the interim manager, Harry Maguire and Cristiano Ronaldo.

Reports this week have suggested that Rangnick has held talks with current captain Maguire and Cristiano Ronaldo over the role, with the former having struggled to find his form for the Red Devils this season.

Several outlets have suggested that Ronaldo’s presence and influence in the dressing room as undermined Maguire’s position as captain, though the defender has since taken to social media to deny the claims.

I’ve seen a lot of reports about this club that aren’t true and this is another. Not going to start posting about everything that is written but I needed to make this one clear. We’re united and focused on Sunday. Enjoy your day everyone 💪🏻 @ManUtd https://t.co/YxLhQn8pqf

Speaking ahead of United’s clash with Leeds this weekend, Rangnick has refuted suggestions he has held discussions with his squad over the captaincy and confirmed Maguire will continue with the armband.

“I’ve never spoken with players about captaincy,” said Rangnick at his pre-match press conference. “It’s never been an issue with me. Harry is our captain and will stay our captain.

“I’m not frustrated at all because I know it is not true – all the other things I don’t listen to that noise because I focus on preparing the team.

“I have heard about what was written – yes there were players that were unhappy at the end of the window. This has improved and the atmosphere in the locker room is better than it was a few weeks ago.

“It’s about performing well and showing togetherness on the pitch. That’s what we can influence.”

Rangnick also provided team news ahead of the trip to face Leeds at Elland Road, with Nemanja Matic in contention to feature after returning to training.

Edinson Cavani remains out, however, as the forward continues his recovery from a groin problem.