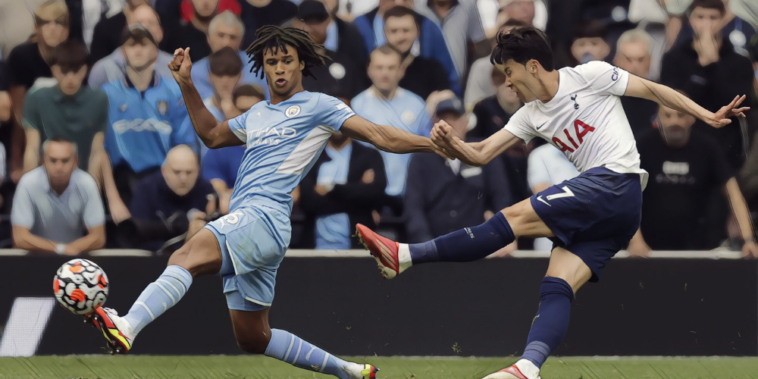 Pep Guardiola and Antonio Conte renew rivalries as Manchester City take on Spurs in the weekend’s headline clash, whilst there’s an eagerly anticipated cross-Pennines encounter between the Uniteds of Leeds and Manchester.

Elsewhere Newcastle travel to West Ham as the Magpies look to continue their upward rise, whilst Frank Lampard will be hoping for a second successive league win as Everton travel to an in-form Southampton.

Ahead of the action, we look at eight Premier League talking points.

Trippier absence a blow as Newcastle look to continue momentum

Things are looking much rosier at Newcastle after three consecutive league wins, the feel-good factor beginning to surround the new regime.

The Magpies are now four points clear of the relegation places after Kieran Trippier’s free-kick – his second in successive fixtures – earned a 1-0 win over Aston Villa last time out.

Trippier’s arrival from Atletico Madrid was viewed as a coup and the England international’s quality has already been evident, with his delivery from both set-pieces and open-play excellent.

It's really frustrating to have picked up the injury yesterday. We've built some momentum and long may that continue. I will remain positive and work as hard as I can on my rehab to be back fit as quickly as possible. Thank you all for your very kind messages of support! 🖤🤍 pic.twitter.com/FJ2LYyIynK

Having also taken on an immediate leadership role at his new side, his upcoming absence after fracturing a metatarsal is a huge blow to Eddie Howe and his improving team.

Howe will need to shuffle his pack as Newcastle travel to face Champions League-chasing West Ham as he looks to continue the Magpies’ momentum.

Burnley will hope Wout Weghorst is fit to face Brighton this weekend after sustaining a knock, with the towering Dutchman having made a positive impression since his arrival from Wolfsburg.

The 29-year-old scored 59 goals in 118 Bundesliga appearances but has failed to find the net in his opening three appearances for Burnley, a statistic that will need to change if the Clarets are to have any chance of survival.

Sean Dyche was upbeat on the Netherlands international whose overall game has been good, admitting goals have been the only thing lacking so far for their £12m recruit.

“He’s definitely getting in the right areas,” he said ahead of this weekend’s clash with Brighton.

“He’s effective with assists, he’s creating his own chances, and he’s getting into places that can help the team. We want that to continue and I’m absolutely sure if it does he will get goals”

Burnley’s clash with Brighton brings together two teams who have a combined 23 draws in the Premier League this season, another stalemate perhaps not enough as the Clarets bid to climb off the bottom of the division.

Arsenal’s 1-0 win at Wolves was a sign of how far the Gunners have come under Mikel Arteta this season, the type of gritty, ground out win that has been atypical of the north Londoners for some time.

Manchester City are the only side to have breached Arsenal’s defence in their past four fixtures, whilst it’s now five clean sheets across their past seven Premier League games.

That foundation has provided the Gunners with a genuine chance of a top-four finish and the visit of Brentford this weekend represents another winnable clash on the road to the Champions League.

Arsenal’s calamitous capitulation to the Bees in the opening fixture of the season will be fresh in the memory, but Arteta’s side appear an entirely different proposition ahead of the return.

Van de Beek has his chance

Donny van de Beek’s lack of opportunity at Manchester United became a tiring narrative, with the midfielder underused and underwhelming following his arrival at Old Trafford.

The Netherlands international moved to Everton on loan in search of valuable minutes and made a huge impression on his first start last weekend, looking composed and confident in the engine room and providing threat with his forward runs from midfield.

It was an encouraging showing from the loanee who will have taken belief from his full debut, with Van de Beek possessing the talent to be a central figure in Frank Lampard’s plans.

Everton face a difficult test against an in-form Southampton side this weekend, though will hope to build on the win over Leeds and move further clear of the Premier League’s bottom three.

The west Londoners two-game tournament saw Romelu Lukaku net in each fixture, including a wonderful header to open the scoring in the final.

What had appeared a perfect fit for club and player has failed to truly spark so far this season, but Lukaku will now hope successive goals in the UAE can be a springboard for the rest of the campaign.

Romelu Lukaku has now scored more goals (10) than any other Chelsea player across all competitions this season.

Chelsea face Crystal Palace in a tricky-looking clash this weekend before their Champions League campaign resumes against Lille in midweek, perhaps the perfect time for their record signing to find his form.

Jurgen Klopp has called for patience with Luis Diaz following his arrival at Liverpool, but the club’s fans will find it difficult not to get excited given his first appearances in a red shirt.

Diaz’s full debut against Leicester was impressive, before the Colombian remained an unused substitute for the hard-fought win at Burnley last time out.

The 25-year-old was a substitute once again for the midweek win at Inter Milan, but came on to provide an instant attacking spark as Liverpool turned the tide after a period of sustained pressure from the hosts.

“We were just drooling over him. I love his sharpness. He looks quick, he looks lively, he looks like he presses the ball, doesn’t mind running at players and beating them.” #awlive [bt] pic.twitter.com/geDyuePyxO

With Diogo Jota nursing a knock and both Sadio Mane and Mohamed Salah recently returned from AFCON, a home clash with Norwich provides the perfect chance for Diaz to return to the side.

The Anfield crowd will be packed with anticipation should Diaz’s name surface on the team sheet, a talent who has looked instantly at home following his winter window arrival.

Tottenham’s hopes of Champions League football have suffered a setback with three consecutive league defeats, with Antonio Conte this week admitting his side have a 1% chance of finishing inside the Premier League’s top four.

Whilst exaggerated given Spurs have games in hand on the sides above them, it is a soundbite unlikely to have been received well by Harry Kane.

Spurs have lost their last three league games to fall behind in the race for Champions League football.#Tottenham #Conte #PremierLeague pic.twitter.com/4tUaFdmECm

Kane expressed a desire to leave last summer as he sought to win elusive silverware, with Spurs currently unable to match the personal ambitions of the England captain.

Despite positive statements on Conte’s impact recently, the truth is Spurs remain a long way from winning the major trophies and face a real fight to return to the Champions League.

This weekend will see Kane face Manchester City, the side strongly interested in prising him from the capital last summer. There will no doubt be envious glances from Kane as he lines up against England’s best side, a sense of what might have been had he completed a move to a team strong favourites for both Premier League and Champions League success.

As Betway Insider found out recently Kane is not the only member of Spurs’ squad with a keen interest in the NFL, and the England skipper and his Super Bowl loving teammates will be hopeful of building some confidence by putting on a positive display at the Etihad on Saturday evening.

James can haunt his former side

Leeds and Manchester United is one of the most eagerly anticipated fixtures on the Premier League calendar, one of the division’s fiercest rivalries between two sides not situated in the same city.

Marcelo Bielsa will need a response from his side after three games without a win, a sequence that has included defeats to both Newcastle and Everton – the two teams directly below Leeds and looking to drag them into a relegation dogfight.

Leeds have the endeavour and speed to pose problems for the visitors at Elland Road, with Daniel James possessing the potential to trouble his former side.

The Wales international was sold to Leeds last summer after an underwhelming two seasons at Old Trafford and has taken time to find his form with his new side, but two goals in the recent draw at Aston Villa were a reminder of his qualities.

Blessed with blistering speed and a commendable work-ethic, he is the sort of opponent an out-of-sorts Harry Maguire will not relish facing.