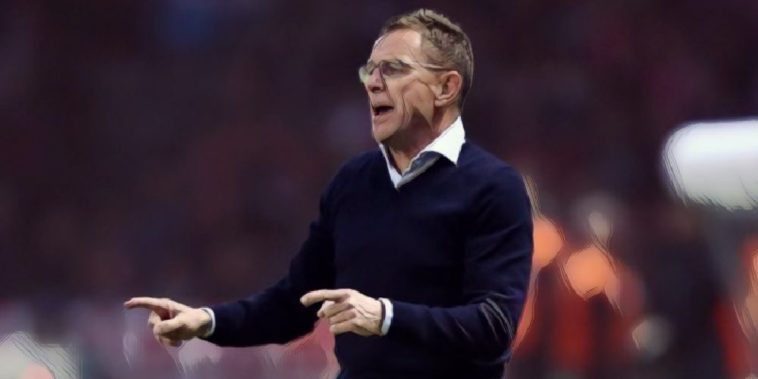 The legendary German coach appears set to be appointed as United’s new interim manager on a deal until the end of the season, following reports that the club have agreed terms with Rangnick’s current side, Lokomotiv Moscow – where he is head of development.

While largely renowned for his work as a sporting director as part of the Red Bull group, he has also achieved notable highs as manager/coach at the likes of Schalke and Hoffenheim, helping build the latter side from lower-league minnows to Bundesliga regulars.

The 63-year-old has earned rave reviews for his ability in helping to build teams and club’s with a long-term vision, although he will need to have a more instant impact at Old Trafford, the club in need of a quick fix to arrest their recent dire form.

Although work permit issues are currently holding up the announcement of the deal, it is expected that Rangnick will be in charge sooner rather than later, the Telegraph reporting that he is set for a radical training ground approach in order to implement his high-intensity style of play.

The report suggests that he could introduce a ‘custom-made clock’ at Carrington, as he has used at previous clubs, such as RB Leipzig, to help instil his high-intensity pressing style of play.

Those who don't know Ralf Rangnick are going to fall in love quick. pic.twitter.com/JNWc4dARGt

The ‘countdown clock’ is centred around his ‘eight-second rule’ in which he demands that his players win the ball back within eight seconds after losing possession, while they are then expected to generate a shot on goal ten seconds after winning the ball back.

The ‘ticking down’ of the clock is audible to the players and is intended to enhance the intensity of sessions with the aim of sparking improved performances in games, Manchester United seemingly in need of a fresh voice after a dismal run of results of late.

Former boss Ole Gunnar Solskjaer – who was sacked last weekend following the shambolic 4-1 defeat to Watford at Vicarage Road – had been heavily scrutinised for his lack of a clear style of play, with Rangnick’s arrival set to bring about a more obvious tactical approach.

The club are currently preparing to face league leaders Chelsea on Sunday with caretaker boss Michael Carrick in charge, the Englishman having overseen a much-needed 2-0 win over Villarreal in midweek to clinch top spot in Group F in the Champions League.

The expectation is that Rangnick will be in place at some stage next week, although speculation remains over who Solskjaer’s permanent successor will be, the likes of Mauricio Pochettino and Erik Ten Hag tipped to be appointed permanently in the summer – when the German will take on a consultancy role at the club.