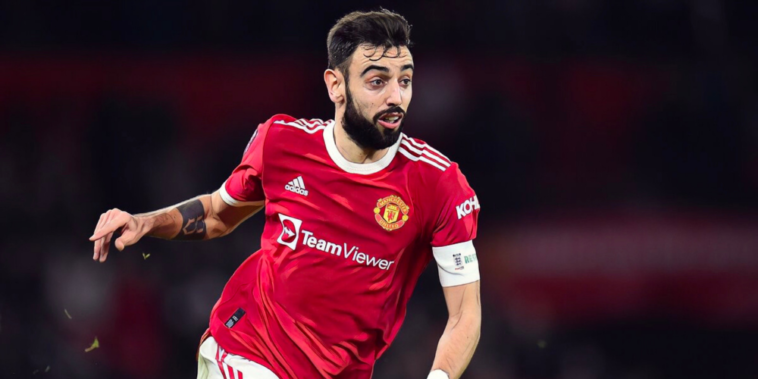 Ralf Rangnick has confirmed that Bruno Fernandes is fit to face Liverpool on Tuesday evening, despite being involved in a car crash on Friday morning.

United travel to face Liverpool in the Premier League this week, looking to secure a positive result and move level on points with fourth-placed Tottenham in the race for Champions League qualification.

Rangnick provided an update on his squad ahead of the clash and confirmed the Red Devils will be without a number of first-team players, including Raphael Varane, Fred, Scott McTominay, Luke Shaw and Edinson Cavani.

“Rapha [Varane] didn’t train with the team. He was on the pitch with one of our rehab coaches,” said Rangnick at his pre-match press conference. “But with regard to injured players, we have the same situation that we had in the last two games.”

Rangnick also provided an update on Fernandes following his involvement in a car accident last week, confirming the Portugal international is ‘ok’ for the trip to Anfield.

“The accident happened on the way to Carrington,” Rangnick explained. “But as far as I know, nobody was injured. He trained with the team and he was okay, and that’s why I think he will also be ok for tomorrow.”