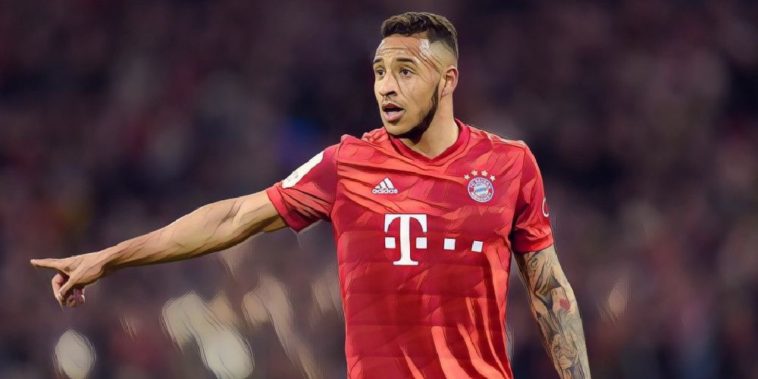 Rafael has backed Manchester United’s apparent pursuit of Bayern Munich’s Corentin Tolisso and believes the midfielder would be the ‘perfect’ signing for his former club.

Ole Gunnar Solskjaer’s side have been linked with a move for the France international who has struggled to cement a regular first-team position since moving to Munich three years ago, with reports suggesting the Premier League side have opened discussions over a proposed deal.

Mohamed Bouhafsi, who works for French outlet RMC and broke the news of Anthony Martial’s move to Old Trafford from Monaco in 2015, has claimed Manchester United have ‘started discussions with the players entourage’ to sign the 25-year-old in a deal, with Bayern said to value him at around €35 million.

Manchester United have started discussions with the entourage of Bayern midfielder Corentin Tolisso.
The 25 year old has a price-tag of just €35m!

The news of United’s interest has been greeted positively by former full-back Rafael, who gave a glowing recommendation of a Tolisso after playing alongside the midfielder at French side Lyon.

The Brazilian labelled the Bayern star as ‘one of the best midfielders’ he has played alongside and believes Tolisso would be a ‘perfect’ addition to his former side as they seek to strengthen ahead of next season.

One of best midfielder I play with, i think will be perfect for machester United. Hope he goes there. https://t.co/n8ei3SEyfe

United’s reported interest in Tolisso is the latest transfer rumour in what is expected to be a busy summer of activity for the Red Devils, with strong speculation continuing to link the club with moves for Borussia Dortmund’s Jadon Sancho, Aston Villa captain Jack Grealish and Birmingham’s Jude Bellingham.

Solskjaer’s side have also been credited with an interest in Ajax midfielder Donny van de Beek in recent days, the Old Trafford side believed to be prepared to rival Real Madrid for the signing of the highly-rated Netherlands international.