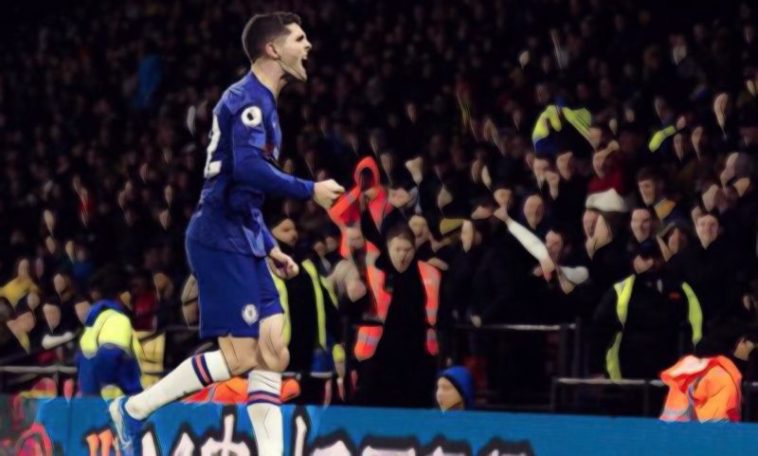 Christian Pulisic says he wants to show he ‘deserves’ his place in the Chelsea side after scoring again in the club’s 2-1 win at Watford on Saturday evening.

The US international made it four goals in his past two Premier League appearances at Vicarage Road, doubling Chelsea’s advantage after Tammy Abraham had opened the scoring with his ninth top-flight goal of the season.

Gerard Deulofeu pulled one back for Watford from the penalty spot, though Chelsea held on to register their seventh successive away win and move up to third in the table.

Pulisic was pleased to have once again contributed to another Chelsea victory after a difficult start to life at the club since joining from Borussia Dortmund, and says he wants to continue proving he deserves a place in the starting line-up as he adapts to the demands of English football.

“Those last five or 10 minutes felt like a really long time. In the second half we felt like we were dominating,” Pulisic told Sky Sports.

Christian Pulisic's goalscoring record in the league by season:

”We needed to get a third to put the game away but then we gave away a soft penalty in my opinion.”

“I want to make an impact for the team and I am enjoying it a lot. I want to prove every week that I deserve to be in the starting line-up.”