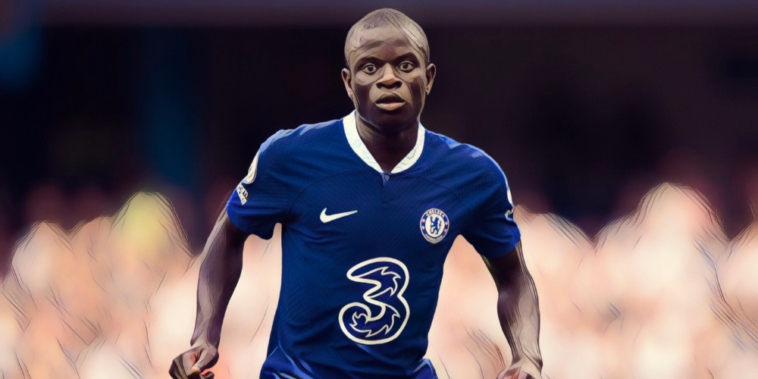 Paris Saint-Germain are monitoring N’Golo Kante’s situation at Chelsea with the midfielder having entered the final 12 months of his deal at Stamford Bridge.

Kante will become a free agent next summer and will be free to negotiate with foreign clubs from January, with PSG among the sides contemplating an approach.

PSG have been long-term admirers of the France international and, according to the Times, are considering a move to sign Kante as a free agent.

The 31-year-old has been a key figure for Chelsea across six seasons in west London, but has struggled with fitness issues in recent campaigns and Thomas Tuchel has admitted that Kante’s continued absences will be a factor in the club’s contract offer to the midfielder.

“But on the table of course is his age, his salary and his injury rate, of course. Of course. From there you build a whole picture and try to find a solution.”

Kante has missed 40 matches since the start of 2020 and is currently sidelined with a hamstring injury that is expected to keep the midfielder out for a minimum of a month.

He has made 262 appearances in all competitions since joining in a £32m deal from Leicester. Having won the Premier League with the Foxes, he won a second Premier League title at Chelsea in 2016/17 and was named as the PFA Player of the Year.

He has since added the Champions League, FA Cup, Club World Cup, UEFA Super Cup and Europa League to his honours, alongside World Cup success with France in 2018.