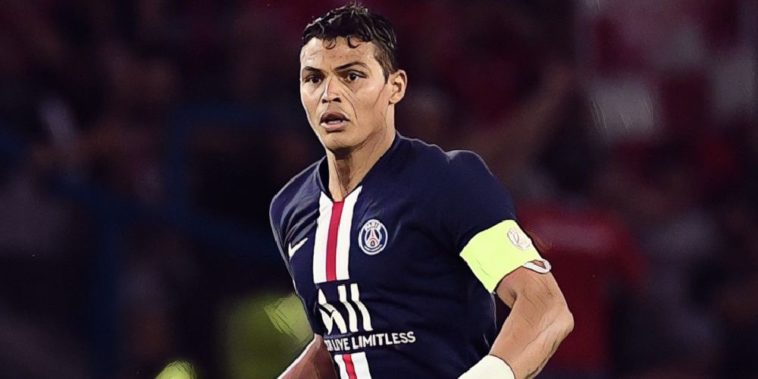 Paris Saint-Germain have failed with a last-ditch attempt to persuade Thiago Silva to stay with the club, as the defender closes in on a free transfer move to Chelsea.

Silva is set to depart the Parisian outfit after eight successful seasons in the French capital, the veteran centre-back having now agreed terms on a move to Stamford Bridge and set to become Chelsea‘s third major signing of the summer transfer window.

The Brazil international impressed during PSG’s run to the Champions League final and, according to Sky Sports, Thomas Tuchel had been keen to secure an extension that would keep the defender at the Ligue 1 champions for a further season.

Sporting director Leonardo is keen for the 35-year-old to move on, however, with reports of a deteriorating relationship between the two Brazilians, with Silva now seemingly set for a new challenge in the Premier League.

Silva – who won seven league titles during his time with PSG – will bring both a wealth of experience and quality to a backline which struggled last season, Chelsea conceding more goals than any other side in the Premier League’s top half.

His arrival will also represent another notable coup for Frank Lampard who has already secured the signings of both Hakim Ziyech and Timo Werner in an impressive summer of recruitment so far, whilst the west London outfit remain in talks for Bayer Leverkusen midfielder Kai Havertz and Leicester left-back Ben Chilwell as the club bid to build a side capable of challenging for the Premier League next season.