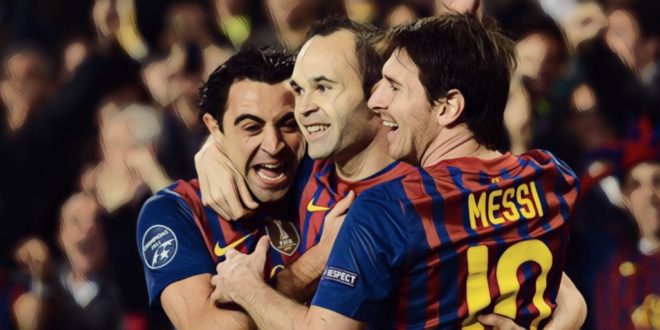 Another season of thrilling Champions League action has concluded with Bayern Munich crowned as champions of Europe for a sixth time, the German giants defeating maiden finalists Paris Saint-Germain in Lisbon after a hugely impressive campaign.

Bayern’s success was built on a free-flowing attack that scored an incredible 43 goals in just 11 fixtures, a return which saw the Bundesliga side become the first team in history to lift the trophy having won each of their games in the competition.

Kingsley Coman’s final winner also saw Bayern reach a landmark of 500 goals in the Champions League, and we’ve decided to look at where that figure places the newly-crowned European champions amongst the highest scoring sides of all-time.

Juventus’ difficult relationship with the Champions League continued with a meek exit in this season’s last 16, the serial Italian champions failing once more to transfer their domestic dominance to continental competition.

Juventus do, however, sit amongst the highest scoring sides in the competition’s history courtesy of a record of reaching six finals in the Champions League era, the Bianconeri having scored 306 goals since the rebranding of the European Cup in the early nineties.

Crowned as champions in 1996, Juventus reached three successive finals with defeats to Borussia Dortmund and Real Madrid respectively in the following seasons, before losing a further three finals since the turn of the millennium, their most recent being another loss to Real Madrid in 2017.

Their perennial status as contenders continues, however, with only four teams having ever scored more goals in the Champions League era, Alessandro del Piero the leading scorer for the Old Lady having scored 42 goals in 89 appearances for Juventus in club football’s biggest competition.

Sitting fourth in the all-time rankings and the highest-scoring English side are Manchester United, the Red Devils having been regulars in the Champions League’s latter stages during a trophy-laden era under the guidance of Sir Alex Ferguson.

Ferguson twice guided the club to Champions League success during his time at Old Trafford, firstly as part of a historic treble-winning season in 1999 before once again lifting the trophy in Moscow nine years later, United defeating Chelsea in the first ever all-Premier League showpiece.

United also reached a further two finals under the Scot’s management and have possessed some of the Champions League’s most iconic goalscorers amongst their ranks throughout the years, the likes of all-time record goalscorer Cristiano Ronaldo and Ruud van Nistelrooy having spent seasons plundering goals in the club’s colours.

United will now hope to improve their goalscoring record after securing qualification to next season’s competition following a campaign without Champions League football, Ole Gunnar Solskjaer’s outfit hoping to become just the fourth side to reach 400 goals.

Picking our 19/20 Champions League Team of the Season

The Bundesliga champions have a long and illustrious history in the Champions League and have now reached six finals since the early nineties, winning the trophy on three occasions during the modern era after adding this season’s success to their 2001 and 2013 crowns.

Robert Lewandowski finished as the leading scorer in this season’s historic campaign – in which Bayern registered the most goals since the second group stage was replaced by the last 16 – and has now racked up a phenomenal 51 Champions League goals for Bayern, with only four players having ever scored more in the competition for a single club.

The Poland international sits ahead of the likes of Thomas Muller, Mario Gomez and Giovane Elber as Bayern’s leading scorer in the Champions League, Germany’s most successful club a regular contender amongst Europe’s elite.

Barcelona boast one of the proudest records in Champions League history having lifted the trophy on five occasions, with the Catalan club having also set a new landmark this season after reaching the quarter-finals for a 13th consecutive season.

The Spanish giants have scored a staggering 517 goals in the Champions League era with Lionel Messi the club’s all-time record goalscorer on 115 – the second-highest tally of all-time and the most any player has ever scored for a single club.

Barcelona also boast the record for most goals ever scored in a single Champions League campaign, Louis van Gaal’s free-scoring side registering a huge 45 goals on their way to the semi-finals during the 1999/2000 season.

The club’s greatest successes have come since the turn of the millennium, however, lifting the trophy on four occasions between 2006 and 2015, including twice in three years under the guidance of now Manchester City manager Pep Guardiola.

Record winners of the competition and the leading scorers in Champions League history, Real Madrid have enjoyed somewhat of a love affair with European football ever since the formation of the old European Cup in the fifties.

No side has ever reached more than Real Madrid’s seven finals since the early nineties, whilst the club’s proud history has seen the Spaniards enjoy a flawless record to win each of those finals, their most recent a record-extending 13th European crown in 2018.

That success marked three consecutive Champions League titles as Los Blancos became the first side in the modern era to defend the trophy, their prospects boosted by the presence of the tournament’s all-time record goalscorer in Cristiano Ronaldo amongst their ranks.

Ronaldo became the first player to score a century of Champions League goals for a single club during a glittering career at the Bernabeu, the Portuguese superstar joined in the top five of the all-time scorers list by fellow Madrid icons in Raul and Karim Benzema.