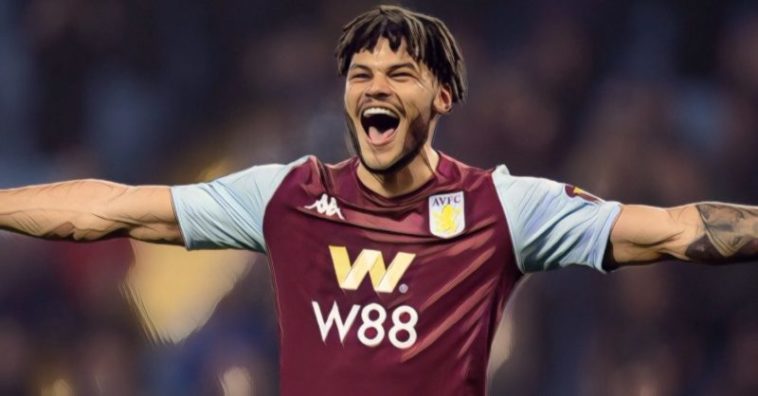 Aston Villa’s 95th minute winner against Watford was simply incredible. Tyrone Mings’ accidental goal might be the kickstart the Villains need to accelerate their survival push.

Villa seem to only be capable of defeating the sides around them, but it might be all they need to stay in the Premier League this season.

In an era of attacking full-backs, Ricardo Pereira has not gotten enough credit for the displays he has put in for Leicester City this season. The Portuguese right-back provided an assist and a terrific finish against West Ham United, his third goal and second assist of the campaign, while putting in another solid defensive shift.

A long-range thwack from outside the box that goes in off the crossbar? Oh, you better believe Jay Rodriguez‘s goal for Burnley against Manchester United is a winner. Not much the goalkeeper could do about that.

Is there anyone on the planet better at picking out a pass than Manchester City‘s Kevin De Bruyne?

Yeah, okay, so he was more than a bit off his line for the penalty, but it wasn’t the only top-class save Dean Henderson made for Sheffield United on a night when he showed he is not only worthy of being Manchester United‘s future no.1, but England’s too.

Any one of the three saves he made in the penalty area could have won the award this week:

Darren Randolph’s fingertip save from a long-range James Maddison shot during West Ham’s 4-1 defeat by Leicester is also worthy of a mention.

Wolves fans might be wondering if Diogo Jota was paid off by Liverpool after a dreadful substitute appearance for the home side on Thursday. Firstly, the Portuguese forward failed to play in Adama Traore when the winger was in acres of space in front of goal, then he missed a gilt-edged opportunity in the six-yard box late on.

It hasn’t been this grim for Man United since the 1930’s.

David Luiz’s pull-down on Tammy Abraham, which earned him a red card and gave Chelsea a penalty, was pretty dumb – the Brazilian defender could have made a genuine attempt for the ball while fouling the striker, which would have given him just a yellow card plus the penalty. But it was Shkodran Mustafi‘s hospital pass which put his Arsenal colleague in trouble in the first place. The German is a howler magnet.

Everton played pretty well on Tuesday night, taking a two-nil lead against Newcastle United deep into injury-time. And then it happened; Peak Everton happened. Centre-back Florian Lejeune scored an overhead kick(!), before the Toffees conceded the most “crap nineties football” goal of the season barely a minute later. Donkeys.

Read: Five teams with the most consecutive clean sheets in Premier League history