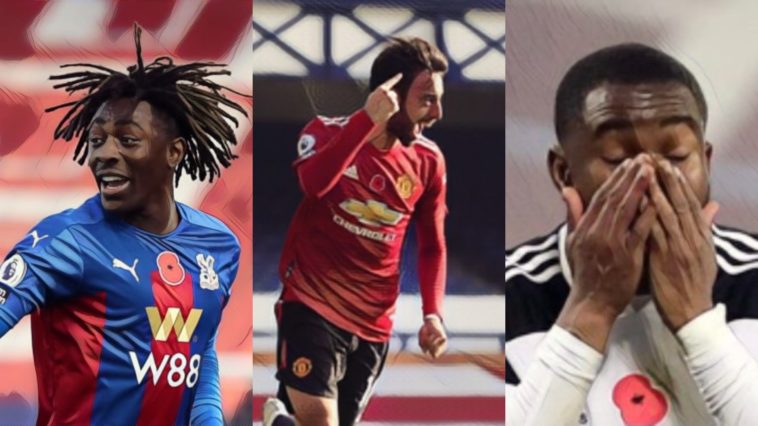 Marcus Rashford is everyone’s favourite footballer/human being right now for his work in trying to feed hungry children across the UK, even among opposition fans. The Everton supporters showed their admiration for the Manchester United striker with a thank you message at Goodison Park before kick-off.

Their club may have lost the match, but the Everton fans won the weekend with this gesture 👏👏👏 pic.twitter.com/fUrcYDrRWE

Once again Bruno Fernandes excelled on the road for Manchester United, playing a part in each of the goals in their 3-1 win over Everton.

The Portuguese playmaker may have intended to cross to Marcus Rashford for his second goal, the ball going in despite the striker missing the ball, but his first goal was a perfectly timed bullet header past Jordan Pickford.

Fernandes then set up Edinson Cavani for the Uruguayan’s first goal for the club, completing a hat-trick of goal involvements. He has now contributed ten goals and five assists in ten away league games since joining in January.

Eberechi Eze got off the mark for Crystal Palace with a stunning free-kick, enhanced by the fact it went in off the underside of the crossbar. The former QPR playmaker looked phenomenal against Leeds United, but this is only the first of many top performances for the youngster.

The lesson to be taken from this play: do NOT press Southampton’s Moussa Djenepo so hard. It won’t end well for you.

Kasper Schmeichel‘s shot stopping this season hasn’t quite been up to the usual high standard he sets, but the Leicester City goalkeeper pulled off an incredible fingertip save from a Ruben Neves special, denying the Portuguese midfielder from range.

This Schmeichel save, by the way… pic.twitter.com/bdbTQdQNeK

That may have been the difference between winning or not, as the Foxes came away with a slim 1-0 win over Wolves.

Timo Werner cost Hakim Ziyech a hat-trick of assists against Sheffield United when he somehow put the ball wide with just a goalkeeper in no man’s land to beat.

The pass from Ziyech was sublime, one of the best of the weekend, but the German fluffed it. Luckily for him he scored moments later with his very next chance to make it 4-1. 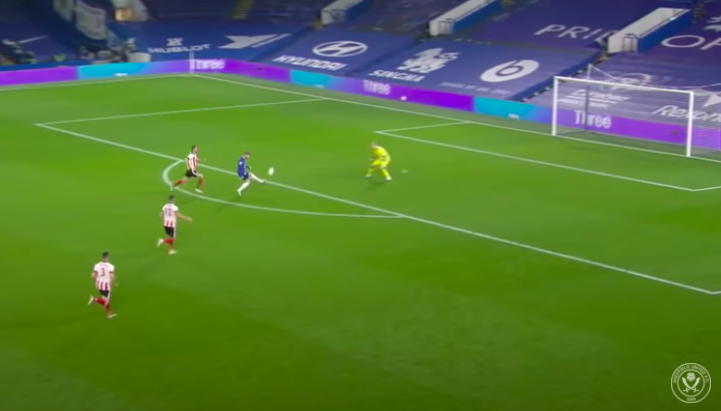 Fulham were handed a lifeline in the dying embers of their contest with West Ham United when they were awarded a penalty deep into injury time. A goal down, this was the perfect opportunity to take a point from a good performance by the Cottagers.

Up stepped Ademola Lookman, who had never before taken a penalty in senior football, but his attempted panenka went all wrong, the ball slowly floating towards Lukasz Fabianski’s grateful arms. What on Earth was he thinking?

That is, sadly, career defining stuff at this level. That said, football writer Tom Victor had a different slant on the miss.

Honestly a Panenka with the last kick of the game is king shit. Doesn’t matter that he missed

Staying on that subject, Lukasz Fabianski did not cover himself in glory immediately after the spot kick. Once the final whistle blew, the West Ham players were naturally delighted and the goalkeeper enthusiastically celebrated the win.

But the Pole then goes over to the devastated Lookman and gesticulates at him. We don’t know what was said, but given his body language, we can probably guess it wasn’t favourable.

Given that Fabianski is a senior pro with a 15 year career behind him, doing that to a 23-year-old player, who is already well aware he has cost his team a precious point, is beyond run-of-the-mill shithousing; it’s callous.

There’s a way to win and that’s not it.

See Also: Why Liverpool’s defence of their title will be horribly undone by their defence