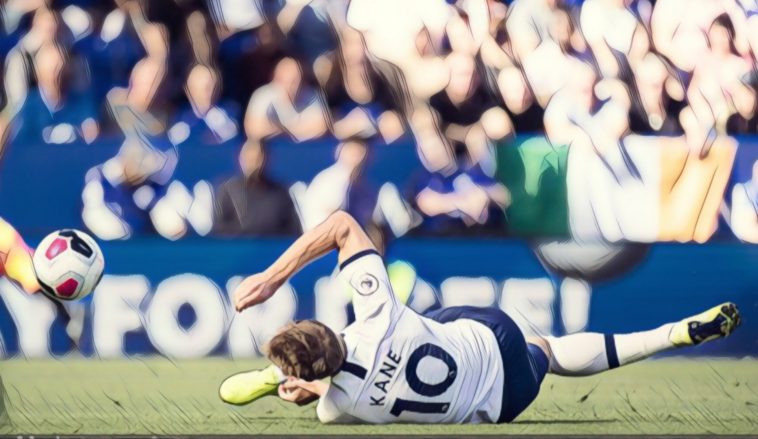 This season has not lacked for penalty controversies, and we’re only six weeks in.

Just last Tuesday, in an act of deluded arrogance, Ross Barkley insisted on taking a spot kick against Valencia over Willian and Jorginho before smashing the crossbar. Last month Gary Neville’s faux rage over Paul Pogba taking a penalty ahead of Marcus Rashford against Wolves, which he subsequently missed, created an online firestorm, while Rashford and Tammy Abraham received racist abuse following misses of their own as well.

It was highly refreshing, then, to see Pierre-Emerick Aubameyang let newcomer Nicolas Pepe take the penalty against Aston Villa. It’s a small gesture, but the Gabonese international, a lethal goalscorer and senior member of the team, could understandably have taken the responsibility on himself to boost his tally.

Instead Aubameyang passed it onto Pepe, a clinical penalty taker in his own right, so the French winger could get his first goal for the club.

After Pepe dispatched the ball in the net, Aubameyang embraced his teammate on the way back to the centre circle. For all the talk of him being a disruptive presence at Borussia Dortmund, between this and his bromance with Alexandre Lacazette, the striker seems like a delight to have in the dressing room.

Comradery is one thing, but Arsenal also displayed a seldom seen fighting spirit on Sunday, coming from behind twice to vanquish the Villains 3-2. When the going gets tough, the Gunners usually get shown up for having spines of jelly, but Manchester United should be worried that they have seemingly discovered their vertebrae ahead of next Monday’s clash between the two.

Premier League Team of the Week for Gameweek 6

Accounting for precisely 37.5% of Manchester City‘s eight goals against a wilting Watford, Bernardo Silva gets the nod for his hat-trick. The Portuguese is more known for being involved in the build-up of goals, but on this occasion, he was almost getting on the end of everything.

It’s just a shame he spoiled the good vibe, but more on that later…

Another man not known for putting it in the net, or even setting them up, but N’Golo Kante‘s strike against Liverpool was magnificent.

With the Reds defence closing in on the Frenchman, Kante used the minimum amount of backlift possible to rifle the ball from the edge of the box past Adrian. It was only a consolation for Chelsea in the end, but the understated midfielder once again showed why he is so vital to the team.

You wait ages for a back flick assist, then two come along in successive weeks. Following on from Roberto Firmino’s gorgeous flick to Mo Salah last week, Heung-min Son attempted a similar move in Tottenham Hotspur‘s match against Leicester City. His recipient, Harry Kane, was tackled in the box but maintained just enough balance to ride the challenge and get a shot off — after falling to the ground.

The England striker scored his first goal from play for Spurs since the opening weekend win over Aston Villa, which was in the running for this week’s Goal of the Week.

It was most interesting, however, to see Kane take the chance on rather than look for a penalty after doing so against both Newcastle United and Arsenal. Perhaps he’s wary of being labelled a diver? Or perhaps this was just a far better chance to score than the other two incidents.

Juan Mata missed a glorious chance against West Ham United which would have given Manchester United an equaliser in the first-half.

Andreas Pereira hit a perfect low cross in front of the goal, only for the Spaniard to knock it wide as he slid in. It was the closest shot to goal the Red Devils had and their best chance in a game where they failed to create many at all.

It wasn’t the worst error you’ll see this season, but Yerry Mina’s own goal was certainly the biggest howler you’ll find this week. The Everton defender was slightly unfortunate in that he probably didn’t see the ball, whipped in from a corner, when it hit him, but it was a meek attempt at defending the situation.

The former Barcelona man didn’t attack the ball with any gusto and it was representative of how the Toffees defend set-pieces under Marco Silva.

There have been plenty to complain about with VAR since the season began, but the worst call of all came this past weekend when Serge Aurier’s goal was disallowed after Son was found to be offside — by literal millimetres.

Tottenham went 2-0 up, until VAR ruled the goal out for offside 🤦‍♂️

Aside from the fact that it’s not clear at all what kind of advantage the attacker is gaining in this scenario, there’s also a huge margin for error in these tight calls, something I previously pointed out in this column.

They say that a decision has to be clear and obvious for var to intervene. Son’s shoulder being a millimetre offside surely doesn’t fall in to that category considering the amount of clear penalties that aren’t being given. pic.twitter.com/npXBe89EXw

It was so very nearly a perfect week for Bernardo Silva, but he went and spoiled it by sharing an evidently racist tweet that same day, which is being investigated by the FA. I won’t share the ‘joke’ he tweeted out, and you’ve probably seen by now anyway, but the Independent’s Miguel Delaney explained its problematic nature as well as anyone.

And if the argument is that Mendy didn't mind it, the problem with putting it out in public is that other people might definitely be bothered. That's who you're showing it to, not just Mendy.

The Portuguese midfielder didn’t help himself in the aftermath either…

Can’t even joke with a friend these days… You guys… 🤦🏻‍♂️