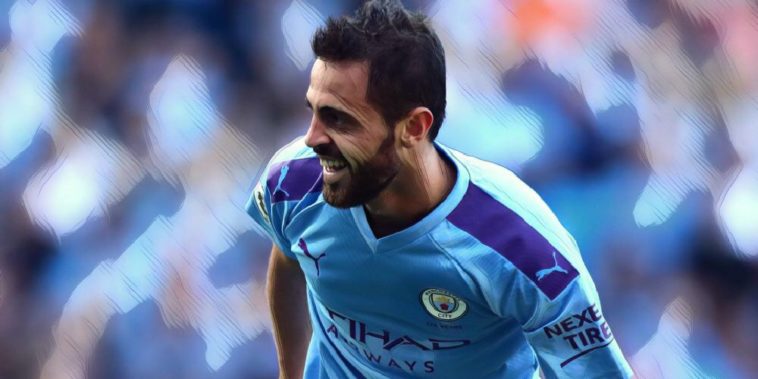 That’s six down, 32 to go as another entertaining Premier League weekend draws to a close, with Liverpool maintaining their 100 per cent start while Man City blew away their East Anglian cobwebs with an 8-0 thumping of Watford.

So as we do every week here at The Football Faithful, we’ve put together the best 11 players who put in standout performances during gameweek six.

The Cherries ‘keeper was in fine form on Friday night as Bournemouth won out in an entertaining South Coast derby. The 21-year-old made a number of good saves as Eddie Howe’s side beat Southampton 3-1, finishing the weekend within a point of the top four places.

The Portuguese put in a good shift both defensively and offensively, slamming home a 69th equaliser against Spurs on Saturday lunchtime, setting the game up nicely for James Maddison’s late stunner.

Newcastle’s 0-0 draw with Brighton is unlikely to feature highly on any Premier League highlight’s packages, with Fabian Schar admitting Newcastle were sh*t. His defensive display – which included a miraculous goalline clearance – against a dominant Seagulls side ensured that the St. James’ scoreboard remaining unaltered throughout Saturday’s clash, earning the Magpies a valuable point.

Aaron Connolly thinks he's scored but Fabian Schar sweeps it away just in the nick of time.

Sheffield United‘s return to the top flight continues to defy the doubters, with the Blades slicing through an Everton side sorely out of form. While Everton contributed to their own downfall defensively, they did create a number of chances, though a combination of good defending and poor finishing ensured Chris Wilder’s side returned to South Yorkshire with their clean sheet intact. Ireland international Egan was by far the pick of the Blades defenders.

Only drafted in due to Arthur Masuaku’s suspension, but the Scouser staked a claim for a more prolonged spell in the West Ham XI with a solid performance against a toothless Manchester United, capping his display with a stunning top-bins free-kick.

The more I see N’Golo Kante, the more I am convinced he is some kind of cyborg. The World Cup winner has hardly featured since the back end of last season, only recently returning to training. Not only was the midfielder everywhere and lasted the entire 90 minutes against league leaders Liverpool, but scored a fine goal to give Chelsea hope of a late comeback.

His first senior hat-trick against a hapless Watford side. The diminutive Portuguese attacker is edging his way towards the world-class bracket.

A goal and two assists for the ever creative Belgian, taking his goal involvements to nine (two goal, seven assists) in his six Premier League games for Man City this season already. Incredible numbers.

Kevin De Bruyne has created 27 chances in the Premier League so far this season, at least four more than any other player.

The man they call Merlin was his usual magical self, scoring once, and being an integral part of City’s demolition of Watford. Pretty standard really.

After his disappointing display against Manchester United last week, the England U21 star scored a stunner against Spurs as Leicester underlined their credentials for a top-six finish.

James Maddison has now scored five goals from outside the box in the Premier League since the start of last season; Christian Eriksen (6) is the only player with more.

Goals are like busses for the Burnley striker, no goals since April, then two in four first-half minutes. An excellent near-post header gave the clarets the lead against last week’s giant slayers, Norwich, before his excellent finish sealed a crucial three points for Eddie Howe’s men.