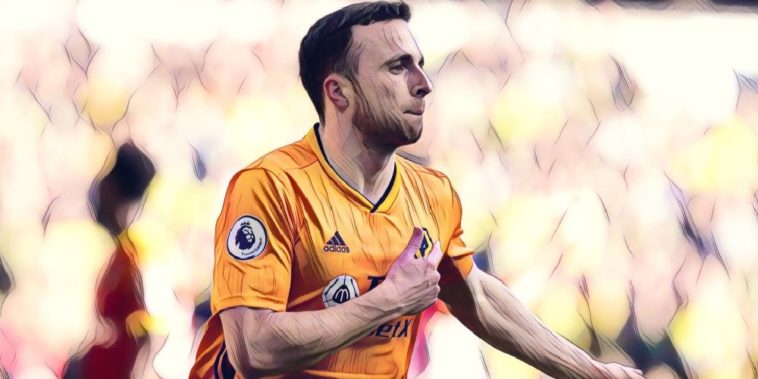 After the winter break and some pretty stormy weather wreaked havoc on the football fixture lists the Premier League was back in business this weekend with a full round of matches.

There was a lot at stake at the bottom of the table with teams anxiously scrambling for points as they look to avoid the drop. Here’s a look at five things we learned from the best of the action.

Going into their fierce London derby with Spurs on Saturday lunchtime, Chelsea had lost seven matches at home this season in all competitions and were in real danger of surrendering their fourth-place slot to their bitter rivals. However, Frank Lampard offered a tactical ace from way up his sleeve to bag a much-needed, morale-boosting win.

Opting for French veteran Olivier Giroud to lead his forward line, Chelsea may have been more direct than the purists would like, but they at last found a workable solution to their problem against sides defending in that troublesome low block.

The 33-year-old had only featured in 22 minutes since late November, but was razor-sharp and lively all afternoon, offering an out ball for Chelsea and disrupting Spurs‘ backline with his clever movement. He took his goal well and set the tone for the home side’s more aggressive tone for the rest of the afternoon.

Proud of the team performance today, great character for an important win! Thanks to our fans for the amazing support 😤💪🏼🙏🏼 #Chelsea #CFC #CHETOT pic.twitter.com/mMeCXI9HCf

It looked as though it would be another strange day at the office for the reigning champions Manchester City as they failed to convert their chances and were headed for another damaging match in which they dropped more valuable points.

Given their fortnight of negative headlines and uncertainty following their Champions League ban, a late winner against their top four rivals Leicester City would have helped to lift the spirits of their travelling fans at least.

So too would the performance of Algerian playmaker Riyad Mahrez. The experienced attacking midfielder was superb against the Foxes on Saturday, looking to get forward at every opportunity and cause problems for the home side. His lovely weighted and expertly timed threaded pass to Gabriel Jesus for the late winner was a thing of beauty and highlights once again, just how much quality oozes through this City side despite their recent problems off the field.

Little reverse ball from @Mahrez22 ⏪don't worry about the rest @gabrieljesus33 has got you! 🔥

Djenepo stars for Southampton as they inch towards Premier League safety with win over Villa.

Southampton recorded their eighth win in 15 Premier League matches as they bombarded an abject Aston Villa at St Mary’s on Saturday. The home side got their just rewards for an ambitious, attacking display that saw them record a whopping 28 shots on goal and record a 10th league win of the season.

Ralph Hassenhuttl will no doubt have been impressed with the shift put in by his summer signing Moussa Djenepo after a combative display from the young winger. The Mali international embodied Southampton’s attacking spirit and was very direct all afternoon.

His pace and running unsettled Villa’s backline no end, and his determination was rewarded after he sprinted to keep in what looked to be a lost cause of a pass, before hooking the ball back across goal for Shane Long to convert.

The 21-year-old looks a real talent and should have plenty more chances to express himself with the Saints virtually safe from the drop with 11 matches to play.

There was no European hangover to worry about for Wolves on Sunday as their quest for a top-six finish remains firmly on track after a resounding 3-0 win over Norwich City.

Once again, Molineux was on its feet to applaud the heroics of Diogo Jota who continued his fine form from the Europa League on Thursday night. Fresh off the back of his midweek hat-trick, the Portugal international took advantage of some hapless Norwich defending to score two well-taken goals.

The 23-year-old has now notched seven goals in his last seven games in all competitions at home and looks in fine form right in time for the business end of the season.

Diogo Jota is in devastating form 🧨💥

Given his recent form, it was somewhat surprising to see Bukayo Saka on the substitute’s bench on Sunday as the more experienced Sead Kolasinac was favoured over the teenage wing-back. However, an injury to the latter saw Saka thrown on after barely 20 minutes.

The pacey youngster was immediately in the thick of it and causing problems with his speed. His excellent, whipped ball into to Eddie Nketiah was instrumental in bringing Arsenal back into the match after their shaky start and he looked encouraging for the rest of the match.

Most assists in all comps by a Premier League player:

The wing-back adds a lot of pace and intent to Arsenal’s play that was certainly missing at the start of the season. With their 20th win from their last 24 games against Everton, there are yet more signs of those green shoots of recovery being sewn by Mikel Arteta.

There is a long way to go, but Arsenal fans can point to Saka’s form under the Spaniard and take real positives from what they have seen.