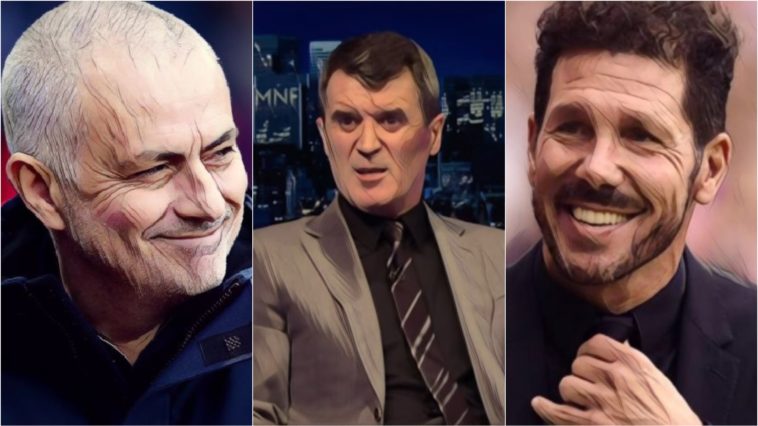 The best and funniest tweets from the world of football this week, featuring the most Roy Keane reaction ever, Jose Mourinho changes his tune, and Atletico Madrid get one over on Liverpool in the most Diego Simeone way possible.

The week started off with a new Roy Keane meme.

When the barman says they’ve only got Foster’s on tap pic.twitter.com/URTLkJzIjO

That feeling when your club has made the best transfer decision of the decade and we’re only two months into the twenties.

Tottenham Hotspur have the opposite problem up front, and Jose Mourinho might be forced to draft in a leftfield option.

The good moods never last very long with Jose though, and that was the case after Spurs lost to RB Leipzig.

Mourinho walks out of press conference after refusing to answer journalist's question 😲 pic.twitter.com/QOJsG4s8mu

There’s something beautiful about seeing this unstoppable Liverpool side getting shithoused to a 1-0 defeat.

I’m tearing up, the beautiful game might really be back https://t.co/5C8I9sVY4j

Meanwhile, Man United were preparing for another Europa League night.

What a Champions League night that was! Our last one was in december. Yours? 🤩 https://t.co/TNCxK22kur

Although someone should tell them the competition has already been wrapped up.

Those of a weak disposition should look away now…

How does a Scottish footballer deal with a dislocated kneecap? 🤔

St Mirren WFC captain Jane O'Toole bashes her kneecap back into place before playing on for the remainder of the game.

This is definitely the most we have ever covered Scottish football.

Just once I want to see a player come and ask an opponent to help with some cramp and they put them in the Walls of Jericho instead. Prime opportunity.

Great to see Diego Maradona on the straight and narrow again.

Feelgood story of the year this, with a happy ending to boot.

La Liga is often brilliant, but it can also be a dumpster fire.

This is an embarrassing episode for Spanish football. Barcelona suffer a long-term injury, they trigger the release clause of crucial Leganes striker. Leganes, who are battling relegation, cannot stop the transfer and cannot sign a replacement. A deeply unfair, ludicrous ruling. https://t.co/OMdkxruwqA

I mean, Barcelona went to all that trouble for this?

Did Martin Braithwaite ring Barca and tell them he was George Weah’s cousin?pic.twitter.com/Q70kD0tjrG

Throwback to this fire assist from Cesc Fabregas.

You don’t see many assists like this anymore. https://t.co/vbUrAIRjsB

Quote of the week:

Porto's Moussa Marega: "To those idiots that go to the stadium to shout racist insults, go fuck yourselves. I'm also grateful to the ref for not defending me and for giving me a yellow card for defending my skin colour. I hope I never see you on a pitch again. You're a disgrace."

Read: How Hakim Ziyech will fit in at Chelsea next season