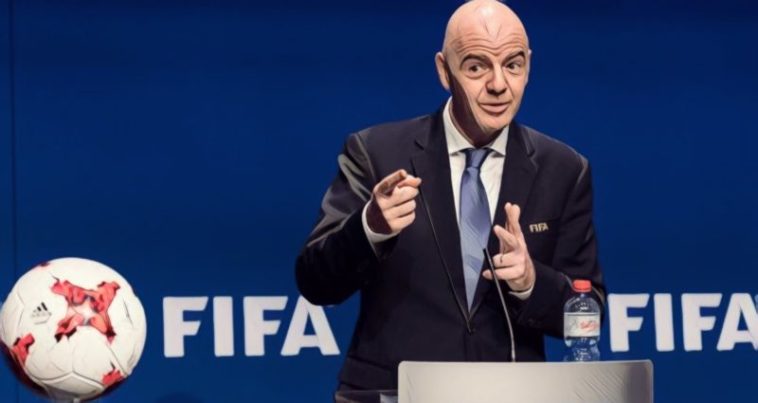 Leaked emails, courtroom drama, clandestine meetings with lawyers in big European cities; the back story to Manchester City’s Champions League ban could have come right out of a spy novel set in the days when an iron curtain divided the continent.

Beyond the high drama and fall out from the explosive news that saw the reigning champions of England barred from Europe’s premier competition last week; there is potential for more upheaval to come which could affect some of the Premier League’s biggest clubs. UEFA’s spat with City could end up dragging the biggest names in English football into the epicentre of a bleak cold war that threatens to disrupt and sour the very spirit of the game.

One very interested party watching on as this saga plays out is FIFA president Gianni Infantino. The former General Secretary of UEFA knows this story all too well. Indeed, he was one of the major players back in 2013/14 when Manchester City had their first run-in with Financial Fair Play.

It is alleged in Der Spiegel’s series of articles centred on leaked documents which implicate the great and the good, that Infantino played a key role in softening the eventual penalty that City faced six years ago.

Running between City’s legal team and hierarchy behind the scenes while simultaneously undermining UEFA’s Investigatory Chamber; Infantino allegedly worked hard on City’s “proposal for an amicable solution” which eventually saw them handed a fine of just 20 million euros for dramatically overstating their sponsorship deals to circumvent losses of nearly 200 million euros.

Fast forward six years and City have been slapped with the most severe of punishments; a two year ban from the Champions League for having falsely inflated their sponsorship revenues.

Their high-profile ally of 2014 now sits comfortably at FIFA’s top table at a moment when football faces arguably it’s biggest shake up since 1992.

The timing of City’s ban collides head on with Infantino’s attempts to build a lasting legacy as FIFA’s top dog. Infantino’s ambitious plans to expand the FIFA Club World Cup will to come to fruition in 2021 as the tournament is set to be enlarged to 24 teams and shifted to a high profile summer slot. China has been selected as the host for this new and lucrative competition, however, it is already facing a challenge from UEFA and the continents biggest clubs.

Indeed back in March 2019 the European Club Association (ECA) stood firm on their decision to boycott an expanded Club World Cup amid concerns of added fixture congestion and the shifting of the AFCON back to it’s highly disruptive January/February slot as a consequence of FIFA’s bold plans.

The ECA is made up of 232 European clubs, including nine of the biggest Premier League clubs. Their boycott, set to last up until 2024 is a huge commercial blow to Infantino. An expanded Club World Cup would surely struggle fiscally without the heavy hitters who currently contest the Champions League every year.

Regardless of the setback and open hostility from UEFA, Infantino is ploughing on and even proudly declared in Doha last December that he already had nine companies vying to submit offers encompassing multiple commercial and investment plans for his shiny new football tournament.

Cries of foul play and vainglory have been vociferous and constant from UEFA’s corner in all of this. Seen through the prism of competition and the fragrant capitalism that has infiltrated nearly every level of the game; it would be fair to say that FIFA have neglected their role of caretakers of the game in favour of openly competing with UEFA’s Champions League success story. Their decision to move the AFCON back to its winter slot would underscore such a view.

Regardless of how it is seen though, Infantino is going to get his way and this is what makes City’s current predicament all the more interesting.

Given Infantino’s reported keenness to step in on City’s behalf and curry favour with their hierarchy back in 2014, he may be willing to offer an olive branch again. An invitation to FIFA’s Club World Cup could be a timely financial windfall for the club at a time when uncertainty threatens to derail their success story.

Such a step may be far fetched at this stage but if it does come to pass that City’s two year ban is upheld, then they may well jump at the chance to alleviate the financial hole in their finances with a lucrative offer to join FIFA’s party. Their position as a potential bargaining chip may not have gone unnoticed by UEFA’s top brass who will be anxious to maintain their higher ground over FIFA and keep the ECA clubs away from China in 2021 and beyond.

There is also the potential fear of missing out from some of the Premier League’s other top clubs to consider in all of this. The lucrative cash flow that the Champions League allows could well be rivalled in the long term by an expanded Club World Cup. Would the likes of Liverpool and Chelsea be tempted to jump ship and stop City from stealing a march on them as the game goes ever more global and corporate? If this came to pass then surely UEFA would not stand motionless as it lost its major European players.

Such notions are hardly palatable for fans to contemplate but this is the modern game and rightly or wrongly money rules and wins out all the arguments these days.

UEFA and FIFA look set to do battle over the fiscal control of the beautiful game for the foreseeable future. However, City too are on a war footing with European football’s governing body. The tone of their internal emails back in 2014, as well as their current defiant response to their two year ban, suggests that any opportunity to stick the knife in on UEFA would not go begging at the Etihad.

Infantino could well present such an opportunity with repercussions that could be felt across the whole Premier League and wider football fraternity.

Read – Player Analysis: How will Hakim Ziyech fit in at Chelsea?