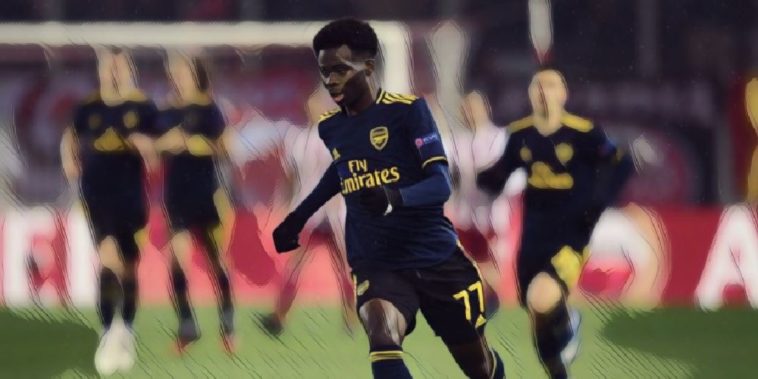 Arsenal are favourites to progress to the last-16 of the Europa League following a resilient display in Greece, Alexandre Lacazette scoring the only goal of the game to hand Mikel Arteta’s side the advantage ahead of the return fixture at the Emirates.

The performance of teenage star Saka would draw praise following the Gunners’ vital win, with the 18-year-old providing his ninth assist of the season with a perfectly waited pass into the path of Lacazette.

No Arsenal player has provided more goals than the 18-year-old this season, with former Gunners Robin van Persie and Martin Keown waxing lyrical about the youngster’s abilities post-match.

“This type of pass, Ryan Giggs used to give this kind off pass. [So did] Dennis Bergkamp, Paul Scholes,” Van Persie told BT Sport. “This is like ordering your striker, ‘Move there, into that danger zone’, and it’s absolutely world-class. It’s really really good.

“This is not simple, he makes it look easy. This pass, like I say, only the great players can give those passes.

“An average player, most of the crosses would be kicked away by the defender and would be shot too high or too low without idea. This is with an idea. This is a pass with a message. This is what you want from your players.”

Keown was similarly impressed by the teenager’s latest impressive showing, admitting the academy graduate is out-performing some of his more established teammates for Arteta’s side of late.

“We shouldn’t forget that this young man is 18 years of age and is coming through the academy,” Keown said.

“I don’t want to pick on [Nicolas] Pepe, but if you look at the performances, who is creating the assists, it is coming from the academy player and he has got his chance, and boy he’s taken it.”