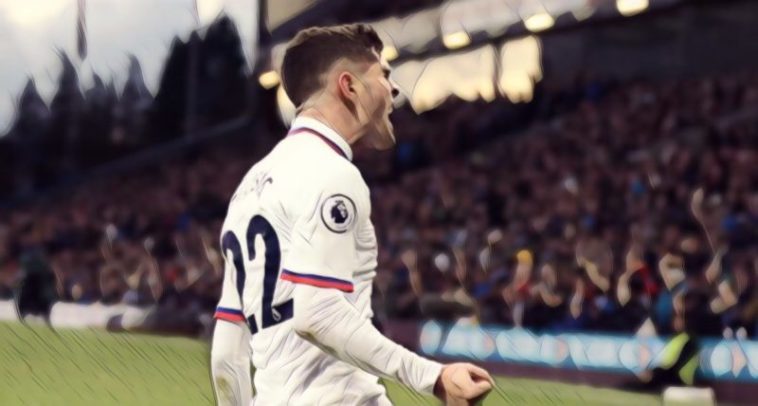 We were treated to yet another high-octane and record-equalling round of Premier League football this weekend as the table really starts to shape up at both ends.

With a crucial period around the corner for some of the front-runners this weekend was crucial in chalking off some more big points; here is a look at five things we learned from the action.

In one of the blockbuster fixtures of the weekend, high-flying Liverpool hosted a struggling Spurs at Anfield in what was a re-run of last season’s Champions League final.

The match couldn’t have started any better for the visitors, Harry Kane tucking away a rebounded effort with under a minute played. Mauricio Pochettino would have been hugely frustrated though as his side faded under the pressure of Liverpool’s high octane press, eventually surrendering the points to Jurgen Klopp’s Reds.

In particular, two of Pochettino’s linchpin midfielders were alarmingly poor under the lights on Merseyside. Christian Eriksen and Dele Alli failed entirely to have any impact at all on proceedings and they played criminally within themselves considering the enormity of the game.

It could even be argued that they neglected their off the ball duties and allowed the Spurs full-backs to be completely overloaded down in the wide areas. While Pochettino abstained from open criticism of his players, the Argentine should be privately very concerned about the mentality of two of his most talented players on this evidence.

Roy Keane and co. however, didn’t hold back…

We may only be 10 games into the season, but Chelsea’s campaign under Frank Lampard has already been littered with a whole host of positives, but this weekend proved to be yet another feather in the cap for the club legend turned manager.

A rampant 4-2 win at Turf Moor on Saturday saw Christian Pulisic bag his first goals for Chelsea and become the club’s youngest ever scorer of a Premier League hat-trick.

The American attacker was already heralded as one of the most exciting young talents in the game during his time at Borussia Dortmund, but his time in West London since his summer arrival has so far been understated.

However, three excellent, well-taken goals in Lancashire have elevated the 21-year-old into the limelight once again as he emerges as yet another bright young attacking talent at Lampard’s disposal this season.

Still got no words for yesterday. Thankful for my teammates and the fans! Such a special day 🔵⚪️ @ChelseaFC pic.twitter.com/O94u2xUfDz

Rampant Leicester turn on the style in record-equaling win

Yes they were only playing against ten men, and yes, those ten men collectively downed tools in the most lacklustre manner you’re likely to see, but you have to give huge credit to Leicester City who truly looked an attacking force to match anyone in the league during their 9-0 demolition of Southampton on Friday night.

Brendan Rodgers has reinvigorated the Foxes and they looked full of pace, energy and creativity as they toyed with a decimated defence at St Mary’s.

The debate will rage about whether Leicester are the real deal this season in terms of top-four challengers, but after such a famous win it is obvious that they are hurtling off in the right direction.

It’s fair to say that Manchester United have endured a fairly miserable time of late. Dogged by negativity and a lack of confidence, they at least gave their supporters some crumbs for optimism during an encouraging display against Norwich City.

Ole Gunnar Solskjaer could finally restore Anthony Martial to his forward line in the Premier League and his side looked a lot sharper upfront as a result. Solskjaer has a 77% win record in the league when he is able to pick the Frenchman and there is no denying that his side have missed that extra bit of quality in the final third.

Anthony Martial in the Premier League this season:

Averaged a goal or assist every game. 🔥 pic.twitter.com/nweafzsUsO

He created four chances against the relegation-threatened Canaries and took his second-half chance with real aplomb to help guide United to much needed 3-1 victory.

After a battling draw with Liverpool last week and picking up first away win in the league since February, the under-fire Norwegian can finally draw some genuine positives from the last couple of weeks.

Like Leicester City, Everton were tipped as one of the sides who stood a realistic chance of breaking into the top six this season. However, after they recorded a sixth defeat in ten games away at Brighton on Saturday, they look in real danger of finishing in the lower half of the table at best in this campaign.

The manner of the Blues surrender at the AmEx will be particularly hard to swallow for their loyal supporters. A soft, VAR awarded penalty saw their hard-fought lead vanish with just ten minutes to play. Their confidence ebbed away and a last-minute own goal by Lucas Digne saw them leave the south coast with nothing to show for their efforts.

Just over £240 million has been spent on new players since Silva took over in 2018, though the defeat leaves the Portuguese without a win in the 24 league matches in which his side have fallen behind, and you cannot help but feel the axe is not far away from falling after this latest embarrassing set back.