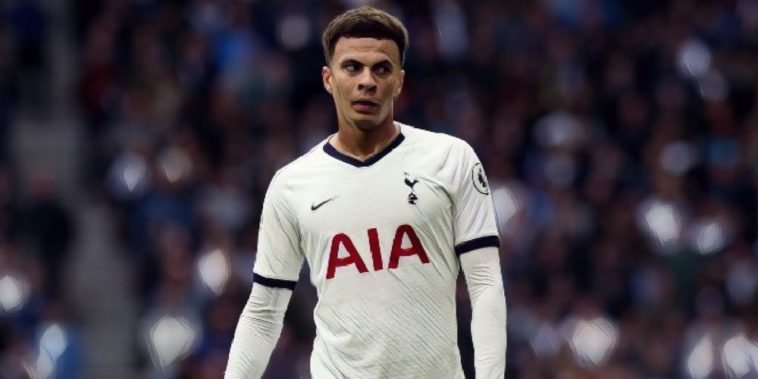 The Spurs midfielder was roundly criticised by the punditocracy for his performance at Anfield on Sunday.

Despite performing better this past weekend than they have been all season, Tottenham Hotspur were not good enough to get a result against Liverpool despite taking the lead in the first minute through Harry Kane.

The Reds hit back through second-half goals from Jordan Henderson and Mo Salah penalty, to seal a 2-1 win and, most importantly, restoring their six-point lead over Manchester City at the top of the Premier League table.

The Sky Sports panel for the Super Sunday fixture were unforgiving in their analysis of Spurs, with Roy Keane the first to stick the knife into the North London outfit:

“Ideally you want to win comfortably, but Liverpool were by far the better team today,” said the Irishman.

“You saw the best and worst of Tottenham, the softness they showed, but Liverpool are good characters and bounced back. They deserved the victory.”

Serge Aurier came in for special attention from the former Man Utd captain, who labelled the defender a “car crash”. His assessment wasn’t without merit though, the Ivorian continually showing his dreadful decision-making skills since joining the club from PSG in 2017.

“There are huge question marks over Tottenham’s full-backs. If you compare them to Liverpool’s full-backs…

“Aurier is a car crash. He’s out of position, he’s done well to get back but it’s madness. He’s a disaster,” Keane said.

Dele Alli was next on the chopping block, with each one of the pundits taking time to have a go at the England midfielder following what his display for the Lilywhites.

Keane then added: “He’s lost that hunger, and when you lose that it’s hard to get it back. He’s had a few injuries, I’ll give him that, but from what I hear, off the field stuff, basically he thought he was a player, he thought he had achieved something.

“Today, he was non-existent.”

Finally, Graeme Souness said: “I think he’s the classic case of someone who has got himself in his armchair. They give him a four or five-year contract they gave him last year (it was a six-year deal) and look what it’s done to him.

“Unless you’ve got professional senior pros at the club then you’ve got no chance, because he has been allowed to take his eye off the ball and the senior players should be pointing it out to him. They should be on his case every single day.

“I thought he’d be getting 20 goals a season. He’s a shadow of himself, he’s still a boy, he’s still learning the game. He needs to refocus and get back to the things he was doing.

“Whatever that boy’s doing right now, it ain’t working for him.”

Read: Liverpool should not be scared of title talk – Keane