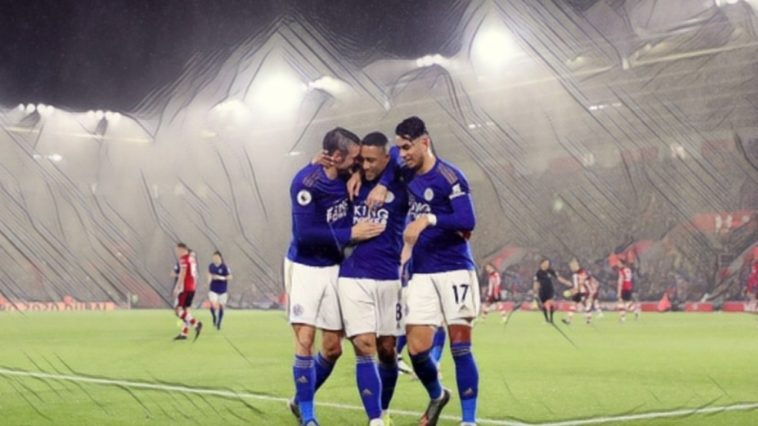 Leicester City caused quite a stir when they demolished 10-man Southampton by nine goals to nil on Friday Night Football.

The scoreline equalled the record for the biggest margin of victory in a Premier League fixture, matching Manchester United’s 9-0 win over Ipswich Town in 1995.

It was the most comprehensive win in the top flight since, well, last month when Manchester City monstered Watford at home, running out 8-0 winners.

Naturally enough, Twitter was abuzz with excitement, bewilderment and trolling of poor Southampton, who now sit in the relegation zone with a goal difference of -16, the joint worst alongside… Watford.

Just to put into context how historic Leicester City’s 9-0 win really was:

9 – Leicester have recorded the biggest-ever victory by an away side in an English top-flight league match in the 131-year history of the Football League. Supreme. pic.twitter.com/7VXJIYiGiW

It runs in the family.

Unwanted records are the best kind of record.

In case it wasn’t already clear, that’s a paddlin’.

sometimes you dominate *and* every shot goes in pic.twitter.com/iqkxBNto7W

Send in the cliches.

"Was this down to Leicester's brilliance or simply Southampton just falling apart?"

A pundit: "Little bit of both, I think…"

Saints aren’t sore after that, nah not at all.

“Enjoy the points, Leicester. I hope they make you happy…” pic.twitter.com/4UgyNxzGUA

Imagine the boost this would’ve given to the novelty t-shirt industry.

The real victim of Leicester's 9-0 win is all the deleted 'SouthampTEN' tweets.

You can’t discount the Brendan Rodgers effect, of course.

He has form in this department after all.

Brendan Rodgers is the only manager whose teams have had both a 5-0 half-time lead (Leicester at Southampton today) and a 5-0 half-time deficit (Liverpool at Stoke in 2015) in Premier League games.

“This was the sort of beating Brendan Rodgers was used to dishing out in Scotland” says Sky’s EPL commentator as Leicester are 7-0 up.

Read: Carragher reveals why he thinks Leicester are perfectly placed to finish in top four