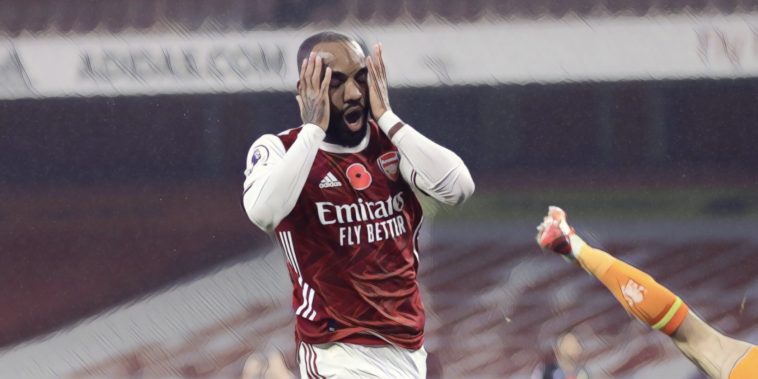 Chances can often be at a premium in Premier League fixtures and the presence of players capable of taking opportunities is essential to any side with ambitions of success in England’s top tier.

Following the opening weeks of the new season we’ve decided to delve into some of the best statistics and look at an area of concern for many sides so far, using xG to rank the most wasteful sides in terms of chances spurned.

Expected goals (xG) measures the quality of a shot based on several variables including shot angle and distance from goal, and these clubs have underachieved when it comes to opportunities they would reasonably be expected to score.

Here are the five most wasteful sides in front of goal so far his season:

Arsenal have begun the new season in indifferent fashion under Mikel Arteta and have struggled to find consistency in both their performances and results, winning four and losing four of their opening eight fixtures to sit 11th in the division.

Amongst the areas of concern for the north London side has been the form of Pierre-Emerick Aubameyang, who has failed to replicate his goalscoring exploits of the previous two seasons with just one goal from open play so far this season.

Aubameyang’s struggles have formed part of the Gunners’ wastefulness this season with Arteta’s side having scored nine goals from an xG of 9.2, with only four sides having compiled a worse record.

Arsenal had hoped to challenge the top four this season but their xG and xGA records will be of huge concern to Arteta and his coaching team, both figures steeped in mid-table mediocrity.

Liverpool have been the fourth-most wasteful side in front of goal over the opening weeks of the season, despite being the third-highest scoring side in the Premier League behind only Chelsea and Tottenham.

The Premier League champions have scored 18 goals from an expected figure of 18.6, with Sadio Mane their chief culprit having missed four ‘big chances’ so far this season – a figure second to only Leeds’ Patrick Bamford amongst all Premier League players.

However, Liverpool are the Premier League’s leading creators in terms of clear-cut chances and comfortably lead the xG chart ahead of the likes of Tottenham and Leicester, their high-volume of opportunities perhaps offering some reason for their place on this feature.

Six of the most exciting teenagers in European Football right now

Only West Bromwich Albion have been expected to score less goals than Burnley so far this season, the Clarets winless after seven fixtures and mired in the Premier League’s bottom three.

Sean Dyche’s side have long favoured function over flair, but a mix of limited creativity and wastefulness in front of goal spells trouble for Burnley in the opening weeks of the campaign.

Burnley are the lowest scorers in the Premier League this season having found the net just three times from an xG of 5.4, a record that will need to improve and quickly if they are to beat the drop.

Dyche will, however, be pleased with his side’s defensive work with their xGA the joint-best in the division, though he will need to strike a balance between defensive pragmatism and attacking intent if results are to improve.

Fulham have shown signs of improvement following a wretched run to start the season and secured their first victory over West Bromwich Albion last week, though Scott Parker will demand further progress given his side’s wastefulness in front of goal.

The west Londoners have scored seven times from an expected goals figure of 9.7, with only Aleksandr Mitrovic and Bobby Decordova-Reid having scored on more than one occasion.

The former remains Fulham’s chief attacking threat but has missed four big chances so far this season, with only Harry Kane and Mohamed Salah having attempted more efforts on goal than the Serbian striker.

However, improving the quality and quantity of the opportunities afforded to Mitrovic could yet prove the difference in Fulham’s fight to survive.

Lethal: Ranking the five most ruthless sides in front of goal so far this season

Sheffield United’s superb return to the Premier League last season was widely lauded, finishing ninth despite being many peoples tips for an instant return to the second tier.

Chris Wilder’s side have struggled to repeat that overachievement during the opening weeks of the season and currently sit bottom of the Premier League, however, having failed to register a single win so far.

The Blades’ innovative system has thrived at the highest level despite the lack of a recognised goalscorer as a series of signings – including a club-record outlay on Rhian Brewster during the summer – have failed to eradicate their failings in front of goal.

Their shortcomings in attack have been combined with an uncharacteristically high number of chances conceded so far this season, a recipe for a season of prolonged struggle.