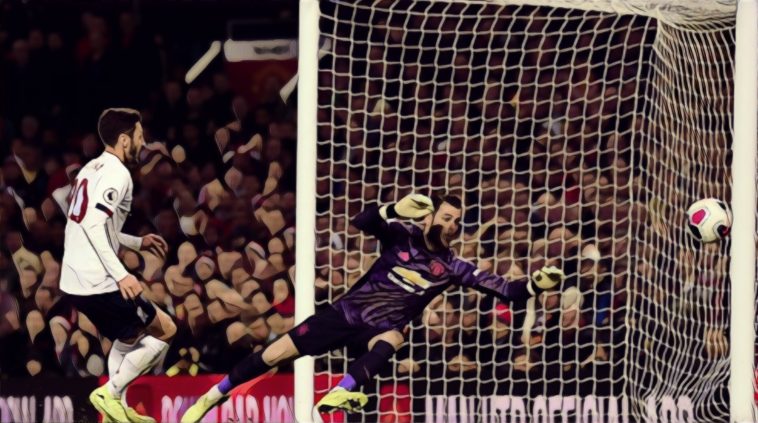 The title challengers have scored more goals in the final 15 minutes of games than anyone else.

It’s far from a stretch to say that we didn’t see the best of Liverpool at Old Trafford on Sunday. The Reds came into this clash with their fiercest of rivals on the hottest streak in their history, blowing full steam ahead in their quest to end a 30-year long wait for a league title.

In stark contrast Manchester United came into the match with their worst start to a campaign in same time period, with Ole Gunnar Solskjaer’s win ratio at 47.5%, lower than any United manager since 1981. Most of their supporters probably can’t remember ever seeing their team go through such a rough patch.

And yet, despite the disparity in fortunes, the home side were the better team for the majority of the match. One might even argue they were unlucky not to take all three points, having taken the lead through Marcus Rashford in the first-half. They will just have to settle for being the first team to take points from Liverpool this season.

In the process the Merseyside outfit lost their winning streak of 17 league games, stopped one short of Manchester City’s record, but they did extend their unbeaten run to 26 thanks to Adam Lallana, who scored in the 85th minute after coming on as a substitute for Jordan Henderson.

That late salvo somewhat typified what Liverpool have become since the beginning of last season. Even when they are playing poorly they keep themselves in games for the full 90 minutes, giving them every chance of nicking a precious goal as the clock ticks down. Think of their late winners against Everton and Tottenham Hotspur in the previous campaign, which kept their title challenge on track.

It’s a marked difference from what they embodied before then – essentially pre-Virgil van Dijk, Alisson Becker and Fabinho – when they were devastating in attack, ripping the opposition apart early on in matches, but were also very leaky at the back and would often wilt in the second-half.

United are solid at the back, but have a propensity for conceding in the latter stages this season. This was the second time they’ve allowed a goal in the last ten minutes of a league game and the fourth time in the final 20 minutes. They have not yet mastered that full 90 minute performance that could turn them into a consistent side.

It was apt that the visitors would find the net with so little time remaining, as Liverpool have become the kings of the late goal in the Premier League. Since the start of 2018/19, they lead the way, by a distance, in terms of goals scored in the last 15 minutes, having done it 28 times over that period.

The nearest teams are six goals behind, illustrating the advantage the Reds over everyone else in this area. 25.4% of all their league goals have come in that final period of a game. No scoreline is beyond doubt until the referee blows the final whistle when it comes to Liverpool.

Premier League teams with the most goals in the final 15 minutes scored since August 2018:

See Also: The youngest players to make their England bow in the Premier League era