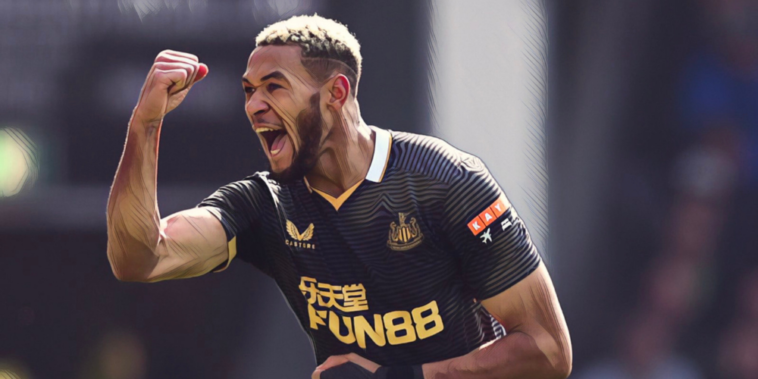 Each week we delve through the weekend action and compile our divisional Team of the Week, with the latest round of fixtures containing huge results at both ends of the Premier League.

Arsenal climbed into the Premier League’s top four after beating fellow Champions League hopefuls Manchester United at the Emirates, whilst Liverpool earned a hard-fought win over Everton in the Merseyside Derby to maintain their title challenge.

It’s Manchester City who still lead the title race after a five-star showing against Watford, however, whilst Burnley boosted their survival hopes after beating Wolves.

Following the latest round of action we’ve compiled our best performing XI, here is The Football Faithful’s Premier League Team of the Week.

Confident and assured as Burnley secured back-to-back wins and consecutive clean sheets with a 1-0 win over Wolves.

Pope was solid throughout and made four saves for the Clarets, including strong hands to beat away fierce efforts from Jonny Otto and Nelson Semedo.

It’s now nine clean sheets for the season for the England international, whose recent form has raised hopes that Burnley – who climbed out of the bottom three this weekend – can retain their Premier League status.

Operating on the right of Chelsea’s back three, Trevoh Chalobah is shoehorned into a full-back role in our Team of the Week after an impressive return to the side this weekend.

Chalobah had missed the last three fixtures but returned in the 1-0 win over West Ham and was assured throughout, helping Chelsea to a clean sheet and three points at Stamford Bridge.

He completed 96% of his passes (68/71) in a confident display and will hope he has done enough to persuade Thomas Tuchel to hand him an extended run in the side.

Dominant at both ends of the pitch as Brentford shut out Spurs in a goalless stalemate, with the Bees frustrating Antonio Conte’s team.

Tottenham have wobbled again in a top four race as the North Londoners failed to find a way past Jansson and the Brentford defence, whilst the Sweden international came close to scoring a second successive match-winner after Harry Kane cleared his goal-bound header off the line.

It’s one defeat in seven now for Brentford, who have cruised towards Premier League survival.

Pontus Jansson believes he won the battle against Harry Kane in Brentford vs Tottenham pic.twitter.com/BNbx7IuOmP

Collins bounced back from an early error to continue his impressive form for Burnley, with the centre-back producing another strong showing in the 1-0 win over Wolves.

Burnley have now earned a result in eight of the 13 Premier League games that the defender has started this season and Collins has been a major factor in the Clarets’ climb out of the relegation places, following his goal in the win over Southampton with a determined defensive display this weekend.

Collins – who doesn’t turn 21 until later this month – won three aerial duels, made four clearances and blocked two shots and the Irishman looks set for a bright top-flight future whether or not Burnley survive in the Premier League this season.

An unlikely avenue to the game’s opening goal against Everton, Robertson arrived at the back post to break the deadlock as Liverpool broke through the visitor’s stubborn resistance.

Robertson’s header from Mohamed Salah’s cross was a deserved moment for the Scotland captain, who continued his impressive recent form with another performance of drive from deep and relentless overlapping.

The 28-year-old doesn’t score often, but this was an important goal in a frustrating Merseyside Derby and helped the Reds move back within a point of league leaders Manchester City.

Ward-Prowse scored two brilliant goals to rescue Southampton a point at Brighton, dragging his side back into the contest after the Saints found themselves two goals down at the Amex Stadium.

His first came in familiar fashion as the midfielder bent home a free-kick from the edge of the area, with the England international now just four behind David Beckham’s Premier League record of 18.

The 27-year-old then scored a fine second after drilling home a low effort from outside the box and Ralph Hasenhuttl will be grateful to his captain for his rescue act against the Seagulls.

Granit Xhaka’s rollercoaster relationship with Arsenal has taken on a new high over the past week, with the midfielder outstanding in crucial wins over Chelsea and Manchester United.

The Switzerland international was excellent as the Gunners earned a huge win over the latter this weekend, one that moved them back above Tottenham and into the Champions League places.

Xhaka was dominant in the midfield as he completed 96% of his passes and worked hard defensively for his side, whilst he capped another strong showing with a sweet hit for the third goal as Arsenal won 3-1 at the Emirates.

Influential as ever as Manchester City retained their lead at the top of the Premier League and pushed Watford closer to relegation.

De Bruyne has found form at the right time of the season and keeping him fit will be key to City’s chances in both the Premier League and in Europe, with the midfielder’s two assists only a part-reflection on his influence at the Etihad.

On a plate! 🍽😋#ManCity pic.twitter.com/goyRW6zxgY

His cross for Gabriel Jesus’s second goal was out of this world, but the sort of delivery we have come to expect from the brilliant Belgian. He added a second assist after teeing up Jesus for the fifth and now has eight G/A in his last six Premier League appearances.

Gabriel Jesus has had to be more patient than most at Manchester City, but the forward marked his return to the starting side with a clinical performance to score four goals in the win over Watford.

The Brazilian has often failed to command automatic status at the Etihad but his contributions to the cause have been invaluable, with the 25-year-old responding to speculation over his future with a first ever Premier League hat-trick.

Jesus scored four and created the other in a stunning individual performance, extending his phenomenal productivity in the Premier League.

The forward has averaged a goal or assist on average every 104 minutes during his Premier League career, the kind of return that could have a queue of clubs offering him a more prominent part in their plans this summer.

Arsenal’s push for Champions League football received a huge boost after beating Manchester United, a result which moved the Gunners into the top four and all but ended the beaten Red Devils’ own hopes.

Bukayo Saka again took centre stage in an influential performance on a big occasion for Arsenal, scoring one and creating another as the North Londoners earned a crucial three points.

Having starred in the midweek win over Chelsea he was excellent again at the Emirates, giving the Manchester United full-backs a torrid time with his direct running, pace, and ability to make things happen in the final third.

Joelinton has moved on from a difficult start to his Newcastle career with a reinvention in central midfield, having been a brilliant box-to-box presence for the Magpies under Eddie Howe.

The Brazilian returned to the forward role in which he previously struggled at Norwich this weekend, but produced a fine performance to score twice as Newcastle won a fourth consecutive Premier League fixture.

A stunning finish from Joelinton for yesterday's opener! 💥🇧🇷 pic.twitter.com/OdcPuVDQlb

The 25-year-old started centrally before moving out to the left and posed problems for the Canaries all afternoon, twice escaping the attentions of Sam Byram to score twice and double his Premier League haul for the season.